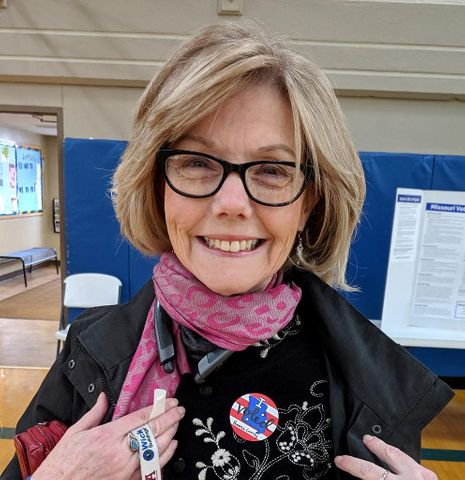 COLUMBIA -- Pat Fowler was elected to the First Ward City Council seat on Tuesday night. She enters the seat at a crucial time, as Columbia citizens continue to protest the death of George Floyd at the hands of police officers in Minneapolis.

“I see Columbia heartbroken over the fact that horrific things happened in Minneapolis that are all too real to all of us, given that we live in this country and this is the latest, most horrific thing that’s happened to African Americans and people of color,” Fowler said.

Fowler received 68.94% of the votes in the election, ahead of Mark Anderson who received 25.6%. Greg Pierson trailed with 5.45% of the vote. Fowler will take the seat of Clyde Ruffin, who has held the seat since 2015 and did not seek reelection to a third term.

After being elected, Fowler joined protesters downtown to learn more about their message and let them know she was supportive.

“I went down to Courthouse Square last evening to just sit among our young people and seek to understand more of how they see change,” she said. “I’m a 60-year-old white woman, and I don’t want to make assumptions. I want to be acting in a way that reflects the change they want to see, and what I’ve found at my age is it’s always important to ask.”

Fowler said she spoke with almost every police officer she saw as well.

“I think that we need to amplify the messages that our young people are so beautifully stating, that the systemic racism that pervades this country is not OK, and the ways in which it translates itself into the relationships and the experiences that African Americans and people of color have in Columbia is also not OK,” Fowler said. “I want to look at every single decision that I’m asked to make as a voting member of council with an eye towards: Are we perpetuating a system that disenfranchises our people of color or our people of less economic needs. And I want to vote according to that. I did not want to perpetuate the ‘we’ve always done it that way system’”.

Fowler also talked about her plans to fix Columbia’s infrastructure, a step that she believes is critical to building up the community.

“One of the things that I’ve been working on for 16 years is to seek to better understand how decisions are made about infrastructure and infrastructure repairs," she said. "Because if the spaces underneath our homes are failing, we can’t have a robust neighborhood where we can raise our families”