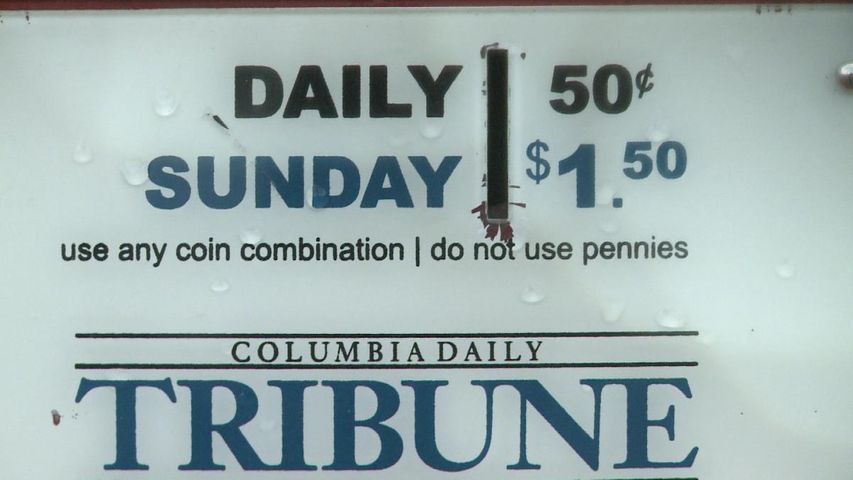 JEFFERSON CITY - The Missouri House voted a bill out of committee Wednesday that would use the tax from the sales of newspaper supplies and equipment toward a newly created Blind Medical Subsidy Fund. Supporters said that money would be used solely to assist blind individuals not eligible for Missouri HealthNet benefits with their health care payments. Currently, Missouri is exempted from taxing the equipment and supplies newspapers buy.

This bill comes after the House Budget Committee slashed a $28 million program two weeks ago that covers medical care for blind people who earn too much to qualify for Medicaid. The Blind Medical Subsidy Fund would bring back $6 million into the program, $4 million of which would come from the newspaper tax. Governor Jay Nixon strongly opposed the cut and called on the house to restore the program. Approximately 2800 blind Missourians depend on this program and need access to vital health care services.

"There's a gentleman that will probably lose his house," Eugene Coulter, president of the Columbia chapter of the National Federation of the Blind, said. "He lost his wife a year and a half ago, and probably will lose his house if he has to pay for medical coverage out of pocket."

"I think it's ridiculous to do away with the program and then see who falls by the wayside," Gary Wunder, president of the National Federation of the Blind of Missouri said.

The house slashed the program in hopes of reversing a cut in funding for public colleges and universities. Nixon cut more than $100 million from the institutions in his state budget. The governor then said he would support the restoration of $40 million of that money. State Rep. Ryan Silvey, R-Kansas City, proposed the bill to restore all higher education funding.

"If you're paraplegic or quadriplegic or autistic, and you make too much money for Medicaid, you receive no additional assistance," Silvey said. "If you're blind and you make too much money for Medicaid, the way it's been done in the past, is we would just go ahead and pay all of their bills. When the community was looking at it, we found that we don't do this for any other disability, that there's no federal match, that it costs the state $28 million dollars a year for these 2800 people. The amount that it was costing for the relatively few number of people...it stuck out."

"But what is a disability?" Wunder asked. "A disability can be a person who is bedfast, severely, profoundly retarded, who needs total care, or a person with a disability can mean somebody who walks with a lamp, uses crutches, but can still get to the store just fine, drive his own car, and has virtually no difficulty in terms of employment. So, disability as a generic term is a very difficult one when you're fashioning social programs."

Coulter said he thinks Silvey only proposed the bill after a St. Louis Post-Dispatch article shed light on the slashed program.

"I don't know if it's genuine or not, but it was kind of coincidental that it was just a day or two after the St. Louis Post-Dispatch broke the story that they were trying to limit medical care for blind persons that the bill was introduced," Coulter said.

But Silvey said he doesn't propose legislation simply based on newspaper articles.

Silvey said that by proposing the bill, he gave the St. Louis Post-Dispatch what it asked for.

"That newspaper, in particular, is constantly advocating for raising taxes, constantly advocating for ending corporate welfare," Silvey said. "I think even in that very same article, they said that it's time to stop the corporate give-aways. And I figured that if that's the position that they wanted to take and advocate, then they should be the first in line, since they're receiving a corporate give-away."