Next round of winter weather expected Tuesday 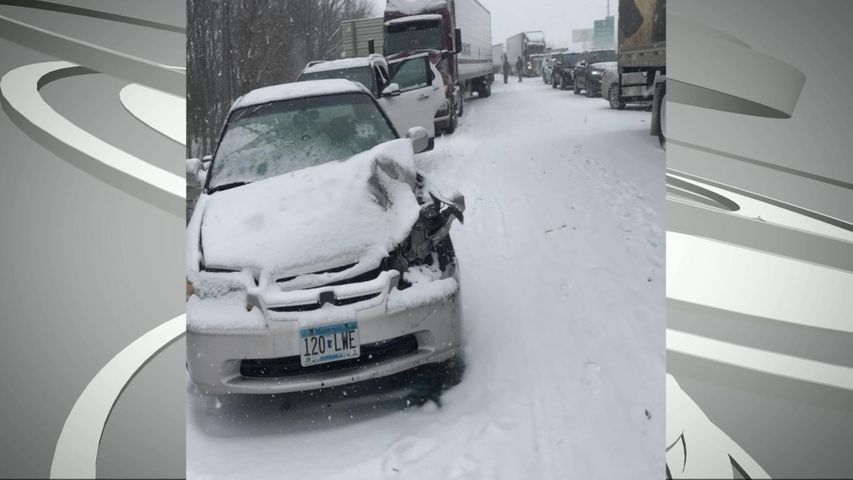 During the winter storm last Friday, there was a 47-vehicle pile up on Interstate 70, claiming the life of one victim.

COLUMBIA – Mid-Missourians have already witnessed several snow and ice events this season. The next round is expected late Tuesday afternoon through Wednesday morning.

Sleet and freezing rain will create ice accumulations on surfaces and will wash away pretreatment on roads. Travel is not encouraged during this time.

During the winter storm Friday, there was a 47-vehicle pile up on Interstate 70, claiming the life of one victim.

Kelly Johnson was involved in the accident. She said she didn't see any cars on the road until she came up over a hill and suddenly saw the wreckage.

"I started freaking out and started swerving and all the sudden I was in a totaled car,” she said. "After, I was just in the middle of the highway standing there, and didn't know what to do."

Across the state, the Missouri State Highway Patrol responded to more than 700 accidents with more than 60 injuries, along with up to 800 stranded motorists.

The patrol's Troop F serves 13 counties in central Missouri including Boone, Callaway, Cole and Osage. It reported more than 25 accidents from the storm.

"You should not drive in this kind of weather," Johnson said. "I always thought I was invincible to snow because I'm from Minnesota and I've driven in snow before. But I never got in an accident like this, just don't drive."