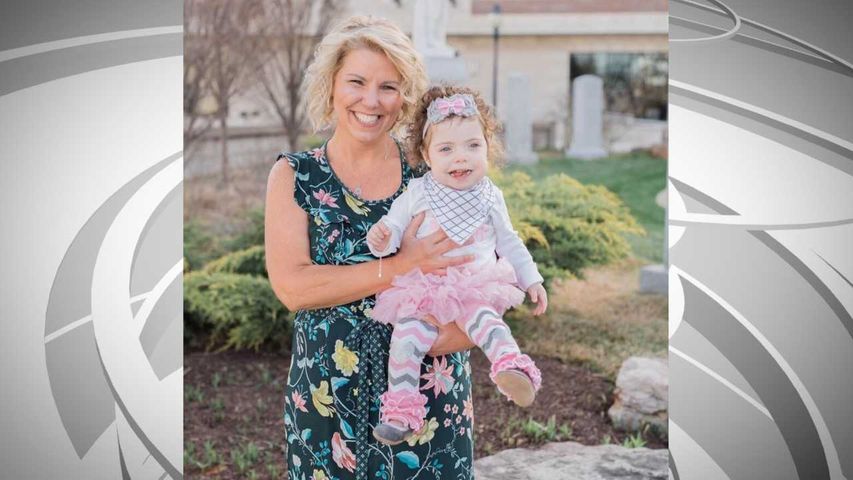 COLUMBIA — A Columbia neonatal nurse and the baby she adopted are receiving a national honor after sharing their story in mid-Missouri.

Kim McDaniel shared her story of adopting one of her former NICU patients to KOMU in July. More than 20,000 people saw the story including Missouri's U.S. Senator Josh Hawley.

McDaniel is a nurse at the MU Women's and Children's Hospital. Brooklyn was a baby born in the hospital. She was born with a rare tumor in her mouth and throat.

After a series of surgeries to save Brooklyn's life, her biological parents abandoned her. In the weeks that followed, McDaniel and the other nurses stepped in to take care of her. McDaniel grew exceptionally close to Brooklyn and became her foster-mom. Soon after, she adopted her.

She said she felt like God was asking her to to follow through with the adoption and the process was unbelievably simple.

“The red tapes were just falling every step of the way,” said McDaniel.

In an interview with KOMU, Hawley said when he saw the story, it moved him.

"It's just an incredible story of love, and of the goodness of God," Hawley said.

Hawley nominated McDaniel as an honoree of the Angels in Adoption Program. The program is part of the Congressional Coalition in Adoption Institute. It has honored "individuals, couples, and organizations who work tirelessly to advocate for children in need of a family," according to the institute's website.

Brooklyn and McDaniel will travel to Washington D.C in November to be honored and meet with lawmakers to discuss adoption and foster care policies.

Meanwhile, Brooklyn and McDaniel continue to fight for Brooklyn's health as medical specialists continue to be baffled by the rare tumor obstructing Brooklyn's mouth and throat.

A GoFundMe page has been created to help cover costs for Brooklyn's treatment.