Nine vehicles involved in pile up on Vandiver Drive 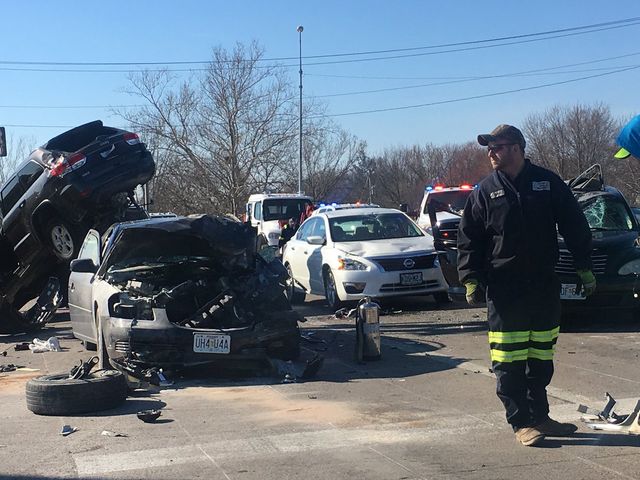 COLUMBIA - No one was seriously injured in a nine vehicle pile-up on Tuesday, according to emergency officials.

"It was like a scene out of a movie," Edward Broaddus said, a man who saw the entire incident unfold.

The crash happened at the intersection of Vandiver Drive and Paris Road late Tuesday afternoon.

Broaddus said he saw a gray Jeep run through the red light, hitting a car in the middle of the intersection and watched the domino effect of the nine-car crash.

Broaddus said he's thankful he wasn't in a party involved in the accident, as he had his newborn baby in the car.

An employee at Break Time said she's just thankful the people involved in the crash had friends and family come to their rescue, after the incident happened.