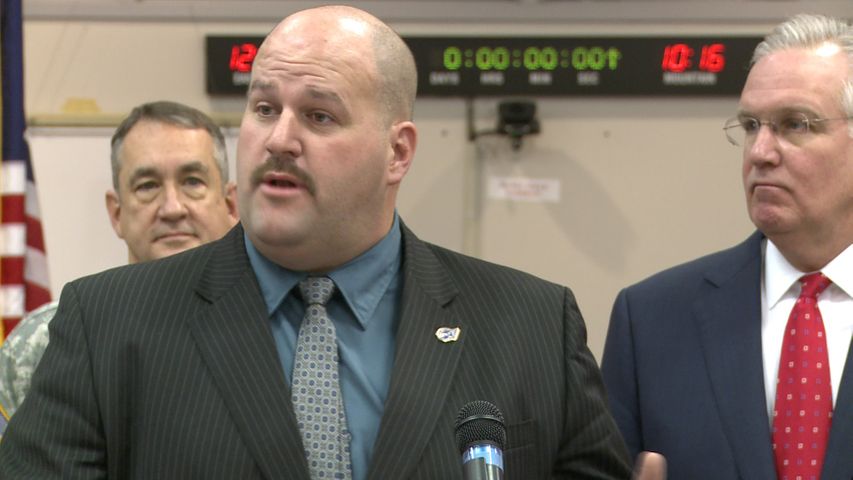 JEFFERSON CITY - At the State Emergency Operations Center in Jefferson City, instead of dealing with a disaster, state officials and Governor Jay Nixon came together to announce a new member to the team. Nixon selected 20-year law enforcement veteran Chris Pickering as the new Homeland Security Coordinator, replacing Paul Fennewald, who is retiring. Fennewald served in the position since 2005.

The Homeland Security Coordinator helps prepare the state to take on disasters including severe weather, schools shootings and terrorism. Pickering will work with nine regional homeland security committees on putting resources and programs in place before disasters strike.

"I look to capitalize on continuing those relationships and trying to use those human resources that we've developed through the training to continue to make ourselves ready as a state," Pickering said.

Pickering's experience includes working as a police officer, the inspector general for the state's correctional department and the director of MACC's law enforcement training center. Nixon, who said he's very well aquatinted with Pickering, is confident he will help prepare the state for the worst.

"The bottom line is being prepared makes us safer. It gives us a hard-shell, makes us less likely to be a target, gives us greater protection," Nixon said. "[Pickering] is a trainer, he's been a cop on a beat, he's been a cyber crime expert, he's been a leader."

Pickering started the job about a month ago in order to work alongside Fennewald before he retires and make the transition smoother.