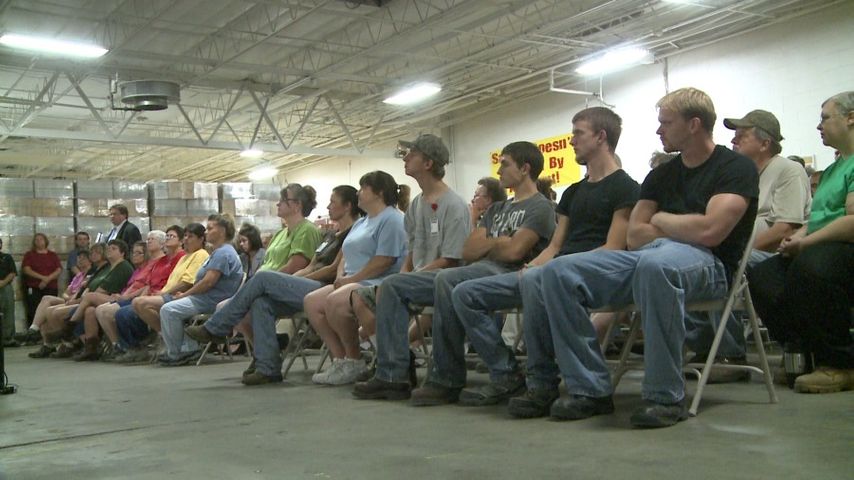 RR Donnelly print books, manuals, and publications for various industries.  It currently employs around 340 workers and is planning to expand.

Nixon began the annoucement saying, "I can't think of a better way to start the week than to come to a Missouri company that makes things and to talk about that company expanding its footprint and more jobs right here in the heartland."  He said this facility, as well as Missouri in general, has the ability to be as competitive as any in the world.

Kevin Huebner, a manager for RR Donnelly, said the company is already beginning to hire. "We are looking for these good individuals out there that have a competitive nature, have the educational skills to match our needs here and are self-motivated and highly energetic, which matches up with the kind of dedication that we currently have."

Not only will the new jobs be good for the local economy, but also the local school district. Superintendent Russ Brock said he really can't think of anything negative about the announcement. "Any time you have job creation it's positive for the community that it occurs in. It's positive for the state of Missouri as well."

RR Donnelly plans to hire the additional 105 employees by the end of this year.