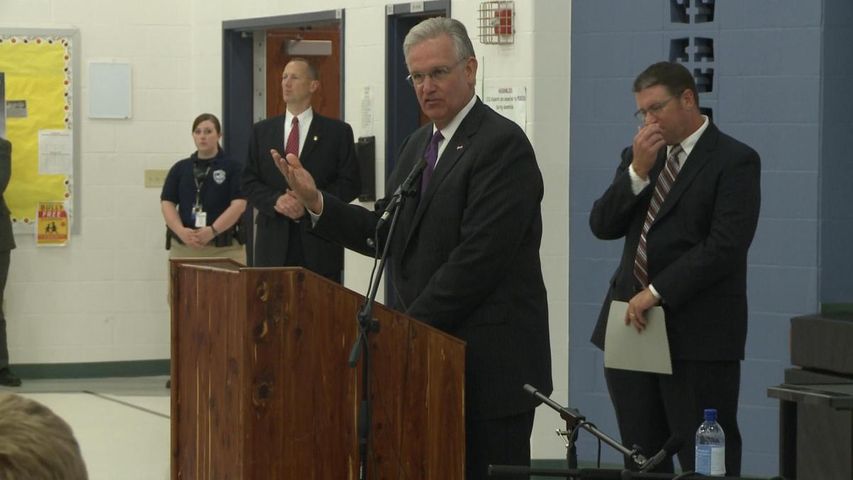 University of Missouri System President Tim Wolfe started off the remarks for the night. He said the bill, which includes a 50 percent tax cut over five years on business income tax and a half percent drop in personal income tax, along with an increase in sales tax, would create a large decrease in public education funding and force a raise in the university's tutition.

"These [cuts] would put a heavy burden on our students and our parents in paying for their education such as tuition increase of anywhere between 8 and 16 percent", Wolfe said. "To put that in perspective, if you look at the last five years, we've averaged an increase tuition of two percent."

Gov. Nixon added the bill would hurt smaller public schools systems around the state including Centralia.

The governor also had harsh words for Texas Governor Rick Perry who was in St. Louis Thursday to pitch his state as a place for Missouri businesses to move.

"I hope when Governor Perry is here he has the opportunity to go out to a store and do a little shopping because our sales tax is so much lower than Texas's that he can get a lot of good bargains here, and then while he's here, he ought to look at a house because our property taxes are so much lower than Texas," Nixon said. "He can also get a better house, and the third part, I mean with our kids getting better graduation rates and test scores, maybe they can help him add some stuff up."