Nixon Encourages Hunters to Donate to Share the Harvest 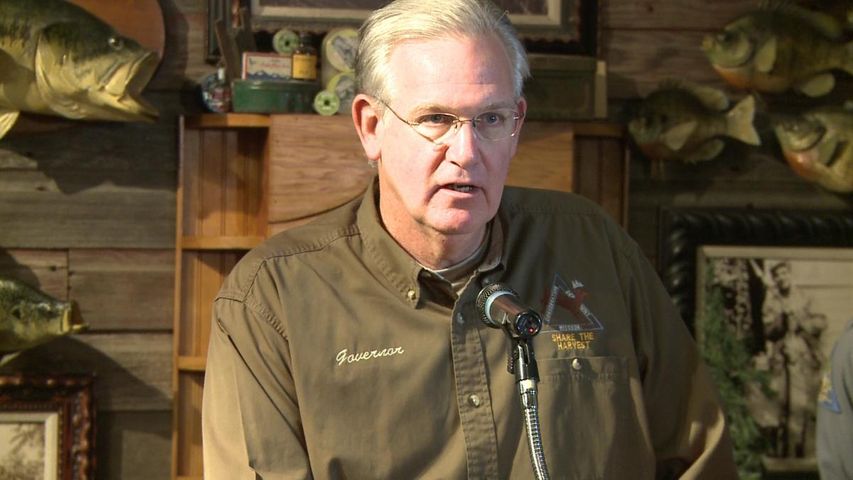 COLUMBIA - Governor Jay Nixon came to Bass Pro Shops in Columbia Wednesday morning to call on local deer hunters to donate venison meat to families in need for the 21st season of the Share the Harvest program.

Share the Harvest is a program between the Conservation Federation of Missouri, the Missouri Department of Conservation, regional food banks and local food pantries to process venison donated by hunters to Missouri families.

In the 2011 deer season, hunters donated about 6,200 whole deer to the program. The program provided 370,000 pounds of venison to families. This season, the program hopes to collect 10,000 deer.

"It's a goal we can meet, it's a target we need to hit, and it's an opportunity for us to continue our legacy of feeding people in need," said Governor Jay Nixon.

During the past three hunting seasons, Gov. Nixon has donated a whole deer he hunted each time.

"At some point I need to get some more ammunition, but that probably won't be this trip," said Gov. Nixon.

Share the Harvest only accepts venison from white-tailed deer legally taken in Missouri. It is the hunter's responsibility to process the deer before the hunter donates it.

Missouri's 2012 urban deer hunt is from October 5-8. During the urban deer hunt, the cost of processing a whole deer for donation is waived by the Missouri Conservation Federation.

Nixon is also traveling to the Bass Pro Shops in Independence and St. Charles on Wednesday to promote the Share the Harvest program.