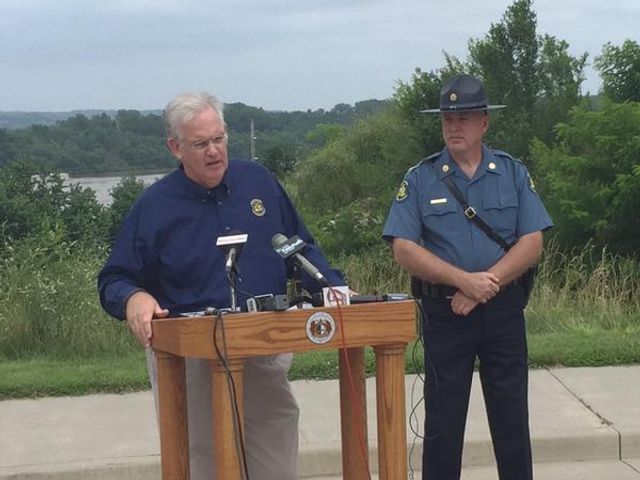 JEFFERSON CITY - Gov. Jay Nixon issued a no-wake zone at the Lake of the Ozarks Thursday due to the flooded conditions.

A Nixon staffer said the last time a no-wake zone was implemented was during the 1993 flood season.

Nixon directed the Department of Public Safety and the Missouri State Highway Patrol to enforce the policy on the Lake of the Ozarks effective immediately.

"When a lake is this full, the risk of property damage and even personal injury as a result of large wakes from boats is even greater," Nixon said.

The Missouri State Highway Patrol said as of Thursday, the Lake of the Ozarks was at 662.5 feet, two feet over full stage.

The MSHP said the restriction will be in place until the lake level is below 661 feet. The policy is an effort to reduce or prevent damage to docks, hoists, ramps, sea walls, and other personal property. The MSHP suggested dock owners disconnect or turn off electricity to their docks while the water is high.

In a news conference Thursday, Nixon said his focus is getting the lake down below its maximum pool. The governor went on to say the lake is not designed to be above pool, so getting below is important.

The governor said he hopes to lift the no-wake order by Saturday if the lake levels go down.

"If things go as we hope, we anticipate that by Saturday the releases from the dam will take the level below that 661-foot measure number," Nixon said.

Nixon said the no-wake policy would remain in place past Saturday if levels do not fall below the lake's maximum pool.