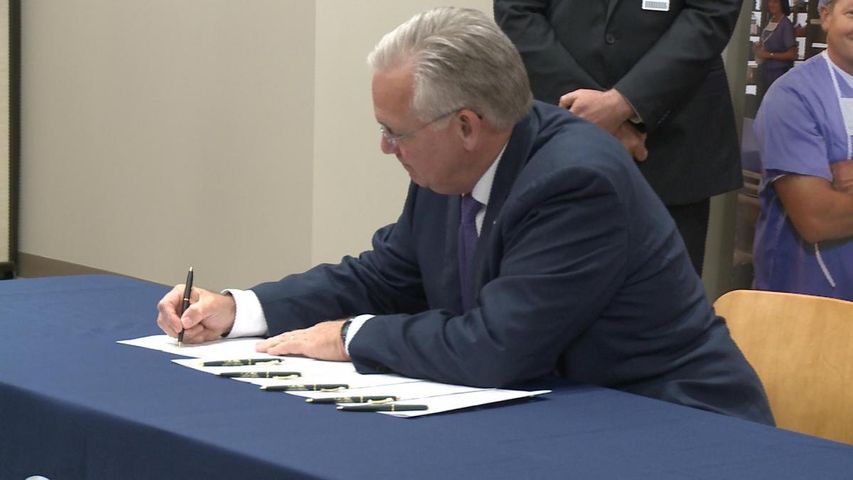 "We needed to devise an approach that would protect patients by making sure the appropriate financial restitutions can be sought and garnered in serious cases where there is medical malpractice," Nixon said, "and we needed that same proposed solution to be crafted in such a way that it would help attract and retain health care providers in our state by establishing a stable and predictable health care environment as well as a stable insurance environment"

The bill creates three different limits on awards of non-economic damages. The limits will increase 1.7 percent yearly, are $400,000 for non-catastrophic personal injury, $700,000 for catastrophic injury, and $700,000 for death.

"Hopefully this legislation will be around for a long time, but 10-20 years from now, has a point to that it's no longer economically feasible and we're back where we started again," he said. "This is just for totally non-economic damages, which is so nebulous that it makes a great difference, so obviously we'd like to see lower limits on that."