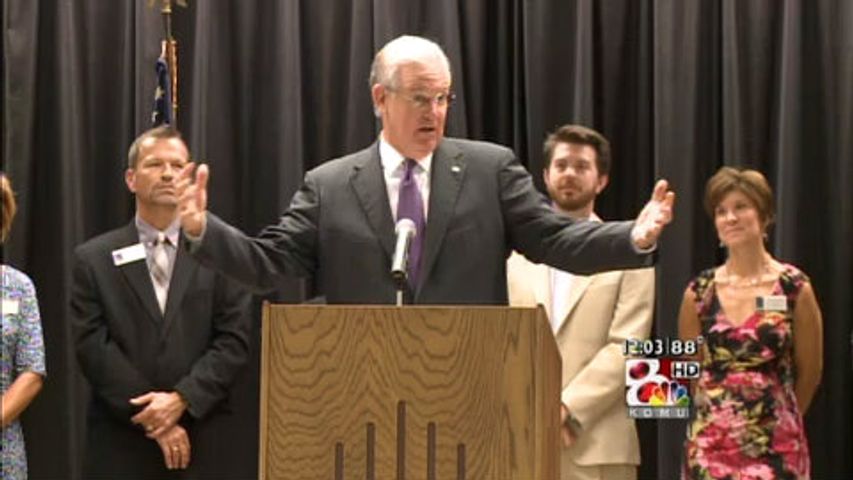 COLUMBIA - Governor Jay Nixon spoke to students at Fairview Elementary School Wednesday morning. He congratulated the school on its success and told the students that HB 253 would hurt schools.

Hb 253, commonly known as the tax cut bill, would decrease the state income tax from 6 to 5.5% for people making more than $9,000 a year and lowers the corporate income tax rate from 6.25% to 3.25% over ten years. Both chambers approved the bill in the previous legislative session, but Governor Nixon vetoed HB 253 in June saying the tax cut would take money from schools.

"You can support education or support HB 253," Nixon said. "We have found district after district, college after college, that people get it. They understand that withdrawing funding by this reckless fiscal experiment is not the best policy for our state. I've been very heartened by both the respect, knowledge and support and the bipartisan support that is clearly growning to help sustain my veto of House Bill 253."

"Growing districts take a bigger hit on this and Columbia Public Schools will certainly be in the middle of that. We don't want to go back to the way ti was when I got here when we cut over 250 staff members in order to keep our budget," said Chris Belcher, superintendent of Columbia.

Nixon also spoke about the success of Fairview Elementary School. The school scored a 98.6% on this year's Missouri School Improvement Program Report. In total, Fairview earned 69 out of 70 points possible.

Those trying to override the Governor's veto say the bill lowers income taxes and would not hurt schools.