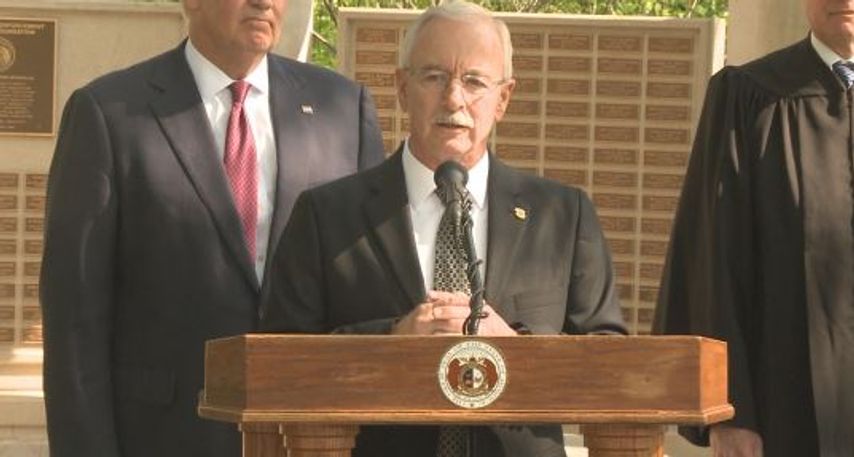 JEFFERSON CITY - Gov. Jay Nixon introduced Lane Roberts as the new director of the Missouri Department of Public Safety. Roberts was sworn in at the Missouri Law Enforcement Memorial outside of the State Capitol on Wednesday.

Roberts has more than 40 years of experience in law enforcement. He served as Chief of Police in Twisp and Union Gap, Washington. He also served in Redmond, Oregon, before working as the Chief of the Joplin Police Department during the 2011 EF-5 tornado.

Nixon said that he is confident in Roberts' abilities after spending time with him during the aftermath of that tornado.

"In those times you develop a level of trust," Nixon said.

Roberts said rebuilding trust between the community and law enforcement is one of his main initiatives.

Roberts oversees eight different departments. One of the departments is the Missouri National Guard, which was deployed to Ferguson.

Roberts said he is reviewing how the agencies responded.

"It's very easy to look back and see what we should have done," Roberts said.

After Roberts was sworn in, Nixon faced some questions at a news conference. The Missouri auditor released a report that revealed 14 state agencies helped fund the salaries and travel costs for some of Nixon's staff.

Nixon said that he has not had a chance to review the audit.

"There are a myriad of tasks going on in the governor's office that directly touch other departments," Nixon said. "It's important we share the talents and skills of those departments. Sometimes that means those folks moving around with us."

The auditor's findings are explained in a two-page report available here at the Missouri State Auditor's website.