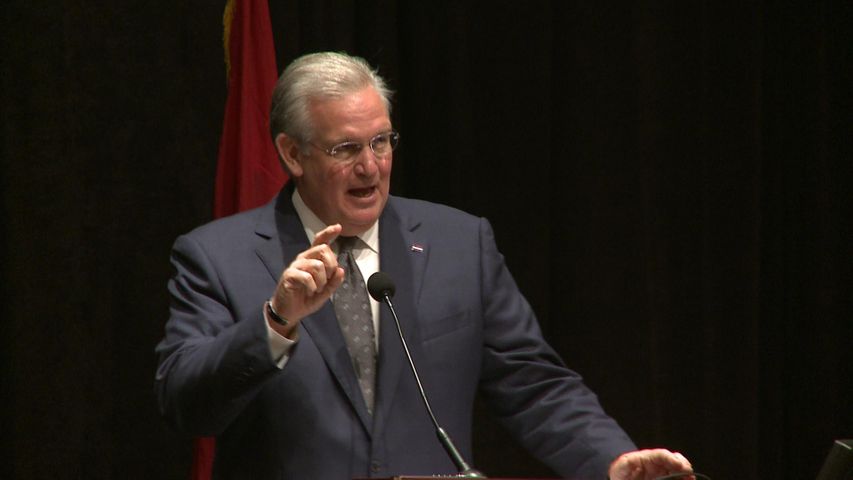 JEFFERSON CITY - Gov. Jay Nixon is set to deliver the 2015 State of State address at 7 p.m. Wednesday at the state capitol.

This comes a day after President Barack Obama delivered the 2015 State of the Union address.

A news release from the governor's office said Nixon will be calling on the legislature to "work across the aisle to focus on priorities that will move the state forward." Nixon will push for increased funding for public education at all levels.

The release also said that Nixon will ask for strategic investments in areas that will create jobs as well as "continued fiscal discipline."

In November, Missourians amended the state constitution to allow the lawmakers to override budget restrictions by a governor, but it is unclear if lawmakers can use that power on restrictions Nixon made before the amendment passed.

On Tuesday Jan 20, members of the state Senate Appropriations Committee heard from various groups asking for lawmakers' help in releasing some of the money withheld to go toward programs such as help for victims of domestic violence and art education.

State Budget Director Linda Luebbering will provide a budget briefing prior to the State of State address and will highlight the governor's fiscal year 2016 budget recommendations.