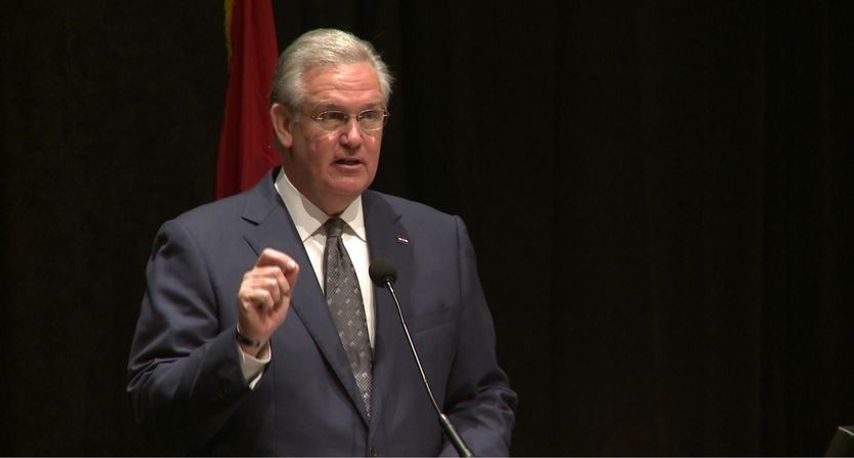 Nixon argues the bill would impose unfair penalty fees for missed appointments and could increase fees for emergency room visits that are retrospectively declared non-emergency. Nixon also said those living in extreme poverty may not have as much access to transportation, or the ability to take off work, and may not have access to phones or email.

"This is the poorest of the poor, these are the people who are already on Medicaid," he said.

Pauley particularly stressed concerns over the mounting fees that are incurred to Medicaid users who miss appointments over a three year period.

"I only bring in about 600 dollars a month, for the three of us and even 20 dollars is quite a lot," she said.

Neighboring states that have decided to expand Medicaid include: Illinois, Kentucky, Arkansas and Iowa.

Kansas, Nebraska and Tennessee have opted out. That decision results in these states, like Missouri, turning down billions of dollars in federal funding.

In Missouri, a single parent with two children can make no more than  an estimated $3,600 in a year to qualify for Medicaid according to Nixon.

Other contested bills that Nixon vetoed include: Senate Bill 656 which if passed would allow Missourians to carry a weapon and shoot anyone at anytime and anywhere if they feel threatened. Nixon also vetoed House Bill 1631, a voter I.D. bill that attempts to tackle voter fraud. Nixon has vetoed 22 bills in total.