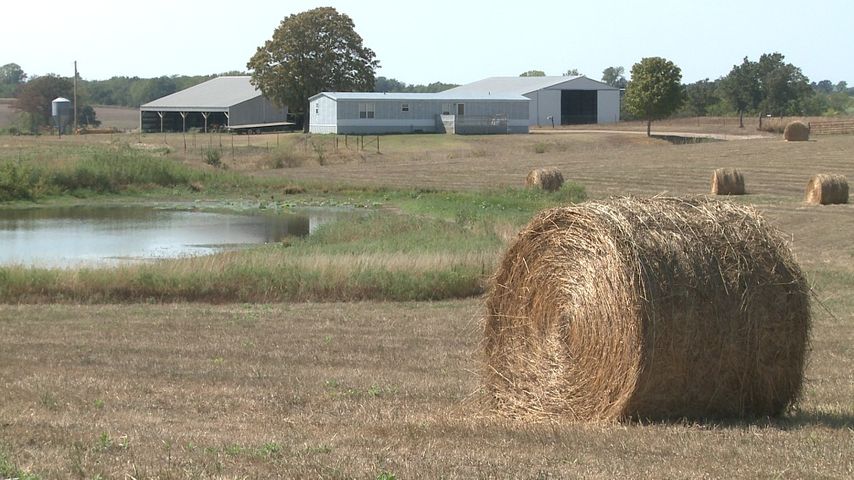 MONITEAU COUNTY - Governor Jay Nixon visited the farm of Charlie Rackers Wednesday afternoon just outside Clarksburg. Rackers recently dug a new well on his property because of a lack of water on his farm. Rackers will receive funding from Nixon's emergency cost-share program to help pay for 90 percent of the well's cost.

Nixon addressed the crowd of about 30 people and said he was glad to see the results of the emergency program so quickly after he approved it. He said his administration has approved 4,600 projects so far with an average award of $4,800 per project.

Said Nixon, "We want to make sure that we're focusing the resources that we have on the projects that can make the most difference in the short run and that's why we're here today to see a government program stood up three weeks later already have wells dug and an electric company lease with the pole up".

Rackers said the ponds on his farm have dried up and are basically mud pits in his words. He has 43 head of cattle on his farm and has owned it for 11 years. He says this is the most severe drought he has seen in his time as a farmer. When asked how to rate the severity of this drought on a scale of 1-10 he responded with a "9.5".