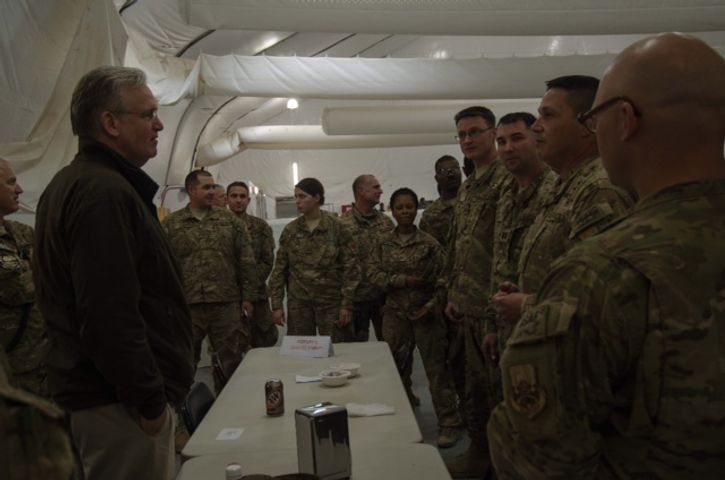 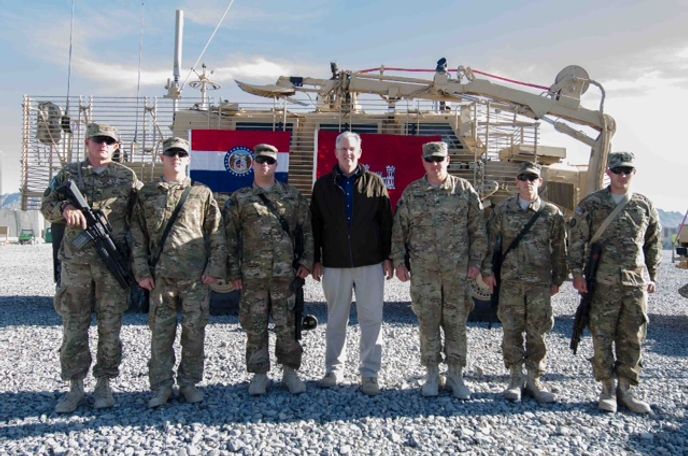 COLUMBIA - Gov. Jay Nixon said Wednesday he was inspired by the "24/7 get-it-done attitude" Missourians bring to the war in Afghanistan.

Nixon, speaking to reporters from Afghanistan, arrived in Kuwait on Tuesday to visit Missouri National Guard units deployed there after first touring Walter Reed National Military Medical Center and speaking with defense secretary Leon Panetta and Gen. Frank Grass, who commands all of the nation's National Guard units. Nixon then traveled to Afghanistan with governors of other states, including Arizona Gov. Jan Brewer. Nixon spent the day Wednesday touring several forward operating bases, including one manned by the 1138th Engineer Company, which draws primarily from the Farmington and Fredericktown area. During his visit, Nixon said he swore in six soldiers for service extensions. He said top U.S. commanders briefed him on the current situation on the ground.

"It is always good to recognize, in person, Missourians who are part of that small percentage that put themselves at the point of the spear for our state and for our country," Nixon said.

During his visit, the governor said he believed the U.S. Armed Forces would have a "significant presence" in Afghanistan for the foreseeable future. He said so long as American troops remained on the ground, National Guard units including those from Missouri would be part of those forces.

Nixon said this was his third visit to Afghanistan.