No. 21 CMU Softball Looks to Capitalize this Post-Season 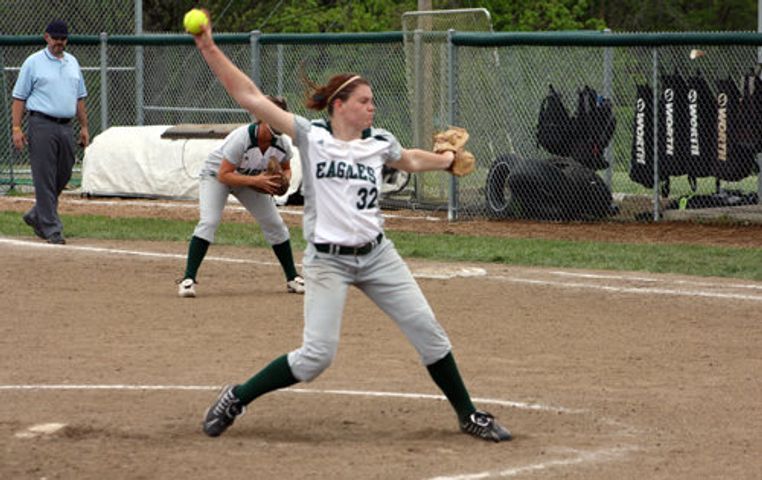 FAYETTE, MO -- Central Methodist University's Softball team has proven they are a force to be reckoned with. The only problem is their regular season domination has not translated into post-season success in recent years.

CMU Head Coach Pat Reardon said, "We've been knocking on the door the last 5 or 6 of years."

For one of three seniors, Kelsey Johnley, 2nd Basemen/Right Field, she knows exactly what Reardon means by knocking on the door. "For us three seniors it has been hard, we have finished 2nd in the conference tournament the last three years. And we are tired of it," said Johnley.

However, this season may bring different luck for the Eagles. "This season has a different feel. We have great pitching and are getting better at finishing out close games," said Senior Catcher Rebecca Lipsey.

CMU is currently ranked No. 21 in sixth regular-season edition of the NAIA Softball Coaches' Top 25 Poll. The Eagles have won their second straight regular season Heart of America Athletic Conference title, with an overall record of 35-12. On top of that, Central Methodist can rest their faith on their All-American ace on the mound, Sophomore Aubrey Utley.

Overall the Eagles have made it clear they wish to accomplish two goals. First, win their conference tournament. Second, compete in Nationals. Which can be done by killing two birds with one stone, since winnnig the conference title means an automatic bid to Nationals.

CMU will work towards their goal Friday, April 27th in their first round of the tournament. They will take on No. 8 seeded Benedictine (13-30) in a best of three series, starting at 5 PM at the CMU softball fields.