No Busing to MU Campus Unless University Adds Student Fee 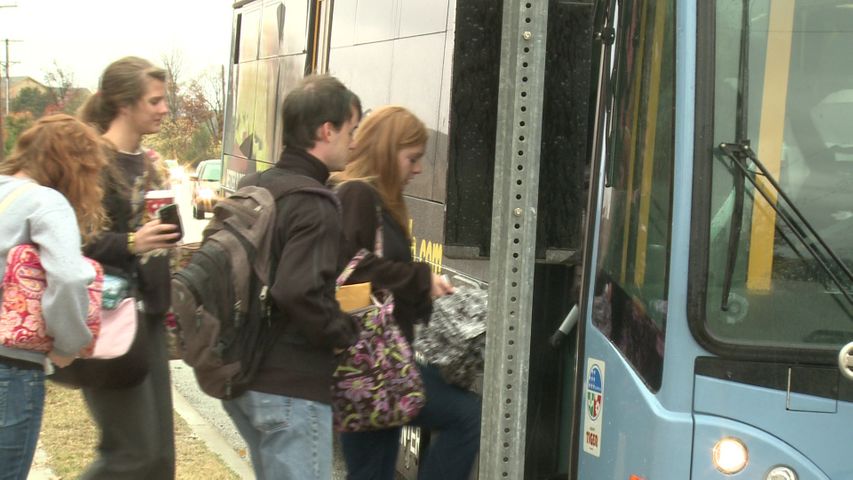 COLUMBIA - Mayor Bob McDavid pleaded to the University of Missouri's Office of Business Services Thursday through KOMU 8 to review his proposal for a yearly student fee to continue bus services to student apartment complexes. Without it, he says the city will not offer buses to and from MU campus.

McDavid said currently, student complexes like Campus Lodge and the Reserve pay for the black and gold bus routes to transport students to and from MU campus. However, he said because of these two bus routes, the public transit system in Columbia is "hemorrhaging" and the city cannot support it past this year.

McDavid leads the Transit Task Force that has been looking at a plan comparable to other universities that would quadruple ridership. The plan would require MU to charge a flat rate of about $80 per student to add around 40 buses to pick up students all over Columbia. The bus service would benefit students who attend all three of the city's college campuses.

MU is keeping tight-lipped about the Mayor's offer. The Office of Business Services refused to talk with KOMU 8, but a spokesperson for the university says it is proud to be a member of the Transit Tack Force and will be reviewing the issue. The spokesperson said there is no timeline on a decision.

Students at the Reserve and Campus Lodge told KOMU 8 they wish the university would make up its mind, as many of them are reliant on the bus to get to class. One student said he would have to consider moving on-campus if the city cut the student complex buses. Of the students surveyed by KOMU 8, all said they would be willing to pay the extra fee.

The Transit Task Force meets next on November 16th. The agenda for the meeting has not been posted.