No injuries after Columbia apartment fire 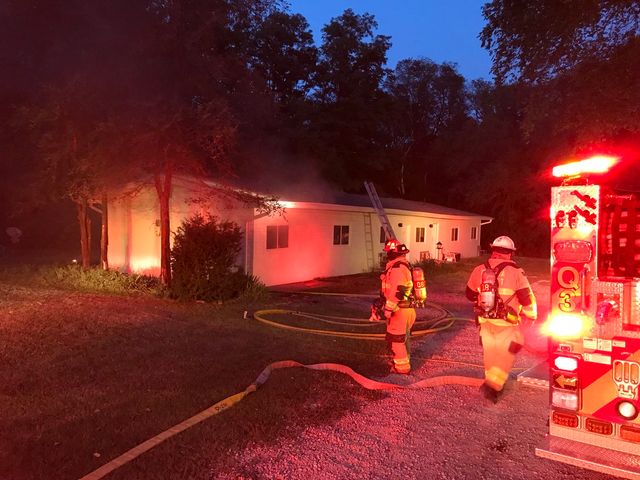 COLUMBIA - No one is injured after an apartment building caught fire Saturday night.

Columbia firefighters currently working a fire in a single story, 4 unit apartment building in the 2300 Blk of Rock Quarry Road. Fire knocked down and no injuries. Crews conducting secondary searches. Rock Quarry down to one lane in the area. pic.twitter.com/JEciZ6HJ9E

The property manager told KOMU 8 News he discovered the fire after smelling smoke when a fire alarm sounded.

The fire was under control as of 7:30. No one was injured in the incident.

Crews restricted traffic on Rock Quarry Road to one lane. KOMU 8's reporter on the scene observed traffic backed up to Grindstone Pkwy. The road was back open to normal traffic by 7:50.