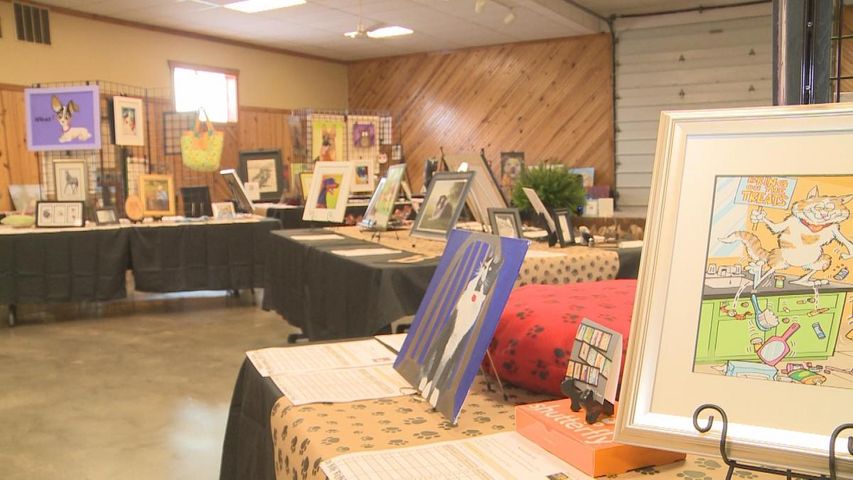 COLUMBIA - No Kill Columbia will host its first Art Unleashed fundraiser Friday. The group is trying to raise enough money for the Spay Neuter Project to open up a high volume, low cost clinic in Columbia.

According to the president of No Kill Columbia, the spay/neuter clinic would only do spaying and neutering, allowing more people to bring their animals in and get them out in a reasonable time. Liz Burks said this would be different compared to animal shelters like the Central Missouri Humane Society. Burks said since the Humane Society does so much in addition to spaying and neutering, it could be a long time before pet owners can get their pets in and out.

"[The Humane Society] did about 3,500 last year which is phenomenal, but there is so much more that can be done," said Burks.

Susan Bell, a volunteer for No Kill Columbia, helped out with Art Unleashed events in Kansas City. She said the KC event is one of its largest fundraisers so she recommended No Kill Columbia hold a similar event. Burks and Bell said they hope the event in Columbia will become just as successful.

Burks said No Kill Columbia has been fundraising so the group can open up the clinic. So far it has raised $25,000 of its $100,000 goal. She said once the group reaches $50,000, it would start looking for locations for the clinic.

Burks said the clinic would have satellite volunteers in other cities like Fayette and Mexico, which she said currently don't have access to spay and neuter. The clinic would then send staff to go there on occasions to do spaying and neutering.

The Art Unleashed event will feature pet-themed inspired artwork, auctions, and animals from area No Kill rescues. Much of the artwork will come from local artists and even celebrities. So far Burks said more than 100 tickets have been purchased, but they can also be purchased at the door.

The event starts at 7 p.m. at the Kemper Arena. For ticket information go to www.artunleashedmidmo.com.

(Editor's note: Have you adopted a dog from a shelter or a rescue group, we want to hear your story. Send your photos to ShareIT@komu.com. Tell us about your dog and how he/she changed your life.