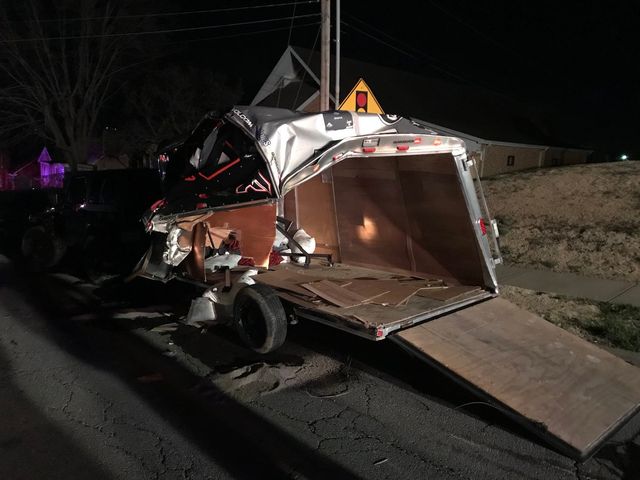 JEFFERSON CITY - A truck crashed into a trailer Wednesday night on Dix Road in Jefferson City. A police officer told a KOMU 8 News reporter on the scene that he's surprised no one was seriously hurt.

The truck that collided with the trailer was not badly damaged, either. The crash did cause a minor gasoline leak that officers were monitoring.

Police blocked all roads leading to West Elementary School for at least an hour, though the crash did not involve the school.

Lanie Bishop, who witnessed the crash, reached out to KOMU 8 News. She said her fiance was next to the trailer and his friend was inside it. They had loaded a metal bed frame into the trailer before the wreck.

According to Bishop, the man that was inside the trailer received a minor leg wound that needed stitches. She said the bed frame cut his shin.

"I was keeping his leg wound clean and applied gauze but it was too deep," she said. She also said he later went to the hospital.

The truck hit the other man in the hand, causing a few scratches.

[Editor's Note: This story has been updated to add information from a witness.]