No one injured in one-lane bridge collapse near Westphalia 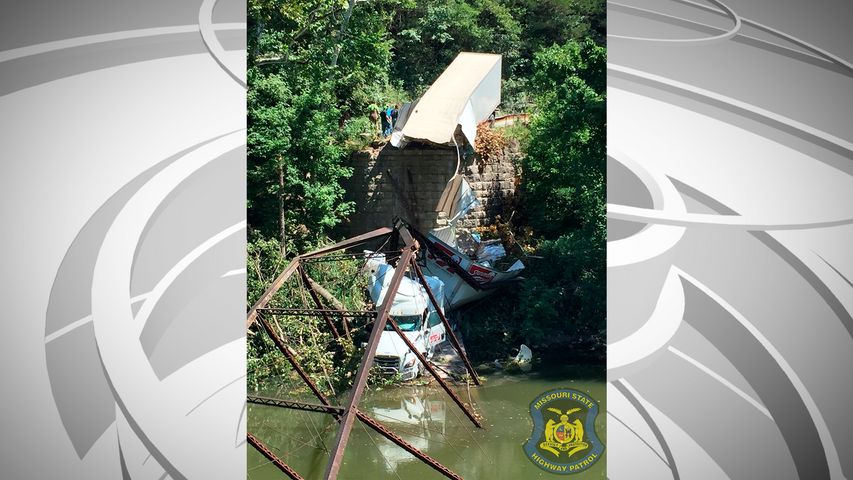 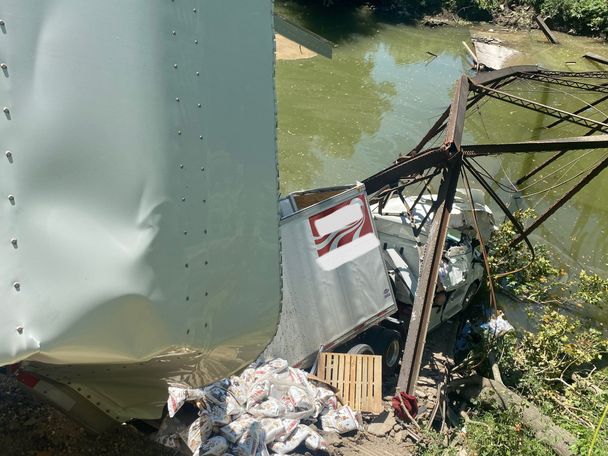 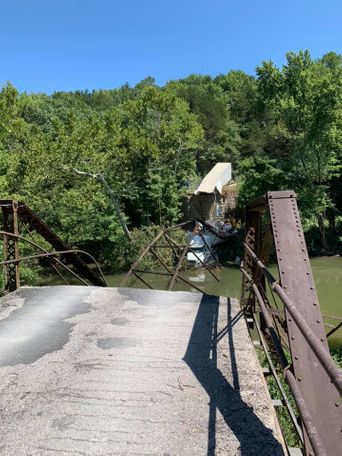 OSAGE COUNTY - The Missouri State Highway Patrol Troop F reported the Penecostal Bridge near Westphalia collapsed after a semi-truck attempted to cross it.

A truck carrying feed tried to cross the bridge on Monday afternoon, according to MSHP.

The bridge had a posted sign of a five ton weight limit. The truck was carrying 30,000 pounds over the weight limit of the bridge, according to MSHP Troop F.

"[The driver] attempted to back up and when he was attempting to back up the hill, he struck a guardrail," said Colby Holzschuh, MSHP Corporal. "Then, as he tried to go back around the corner to try to get straightened out, he was striking it rock so he continued to go back and forth racking the rock in the guardrail. Once he eventually started to make the turn again, he struck the bridge, which caused the bridge to collapse with him on it."

The bridge is on County Road 611 crossing the Maries River.

Unit was carrying feed. Preliminary info indicates it had at least 40,000 lbs. in cargo, not including the weight of truck & trailer. Bridge is posted at 5 tons.

"Preliminary info indicates it had at least 40,000 pounds in cargo, not including the weight of truck and trailer," MSHP Troop F tweeted.

The City of Westphalia posted on Facebook with photos of the bridge in the river.

"2020 didn't need any more sad surprises but it is a sad day in Westphalia after a semi attempted to cross the Penecostal bridge," the city wrote on Facebook.

"It's one of the last like middle bridges that span the Maries River in Osage County and a lot of kids would come down here seniors take their senior pictures," Holzschuh said. "So I'm sure to the resonance, and the local areas can be very disappointing."

David and Victoria Patterson described the memories they had of the bridge growing up.

"This is a town of history," Victoria Patterson said. "We walked across it hiking as kids, no supervision."

They said the bridge will not be the same if it's rebuilt.

The driver of the truck was not injured, according to MSHP Troop F.

We’re on scene of a one-lane bridge collapse on County Road 611, near Westphalia. 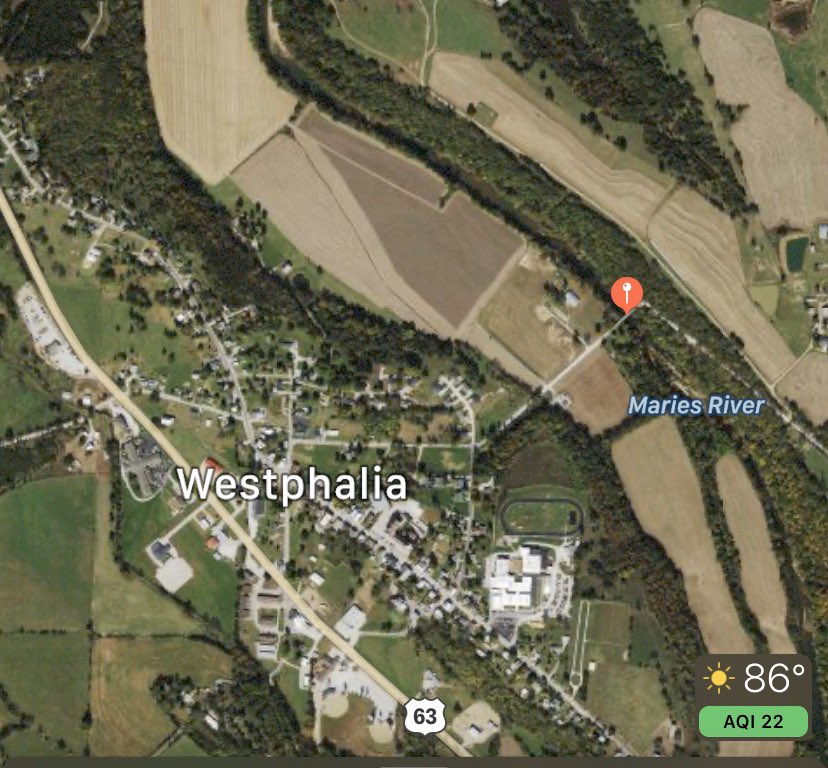 The City of Westphalia posted photos on Facebook of what the bridge looked like before the collapse.

According to Holzschuh, the driver can be issued citations for violating the weight limit, but he is unsure if one was issued.