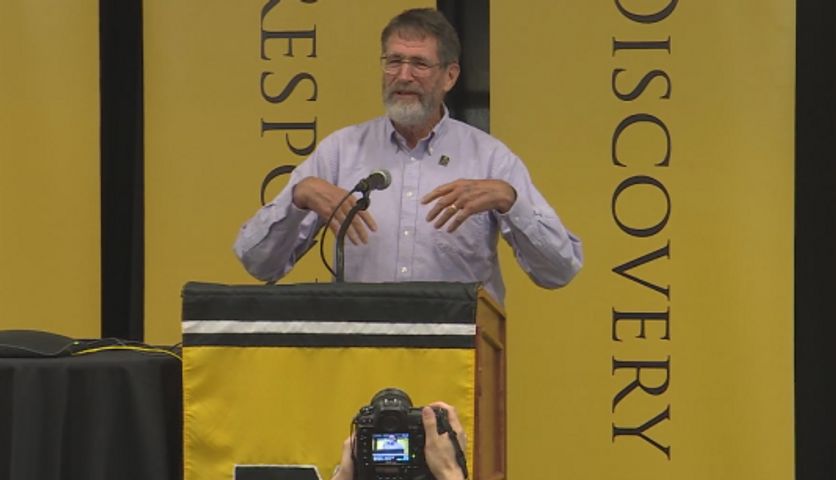 COLUMBIA - The University of Missouri's Dr. George Smith was awarded the 2018 Nobel Prize in Chemistry Monday afternoon in Stockholm along with two of his colleagues.

The trio won this distinguished achievement for their work on the development of phage display; a process that creates new proteins that can be used for making antibodies in vaccines.

“This is a fantastic, historical event for Mizzou and we are excited about everything that Dr. Smith has accomplished,” MU spokesperson Christian Basi said.

Dr. Smith's work has the opportunity to attract many new students to the university because of this scientific discovery, Basi said.

“It’s a great recruiting tool for us. It tells students that they can come here and be taught by the best in the world," Basi said. "They can be taught by those who are making breakthroughs that affect people across the globe."

In early comments made by Dr. Smith after he was notified of the award, he said much of his success is because of the environment at MU.

"Someone like me can flourish at Mizzou and that's something Mizzou should be proud of for nurturing that kind of intellectual community," Dr. Smith said at an Oct. press conference.

This educational culture that helped Dr. Smith is something the university will use to target prospective students through recruitment materials like literature and social media campaigns.

"We want to get this information out on any way possible and utilize every channel," Basi said.

One of the biggest initiatives MU is working on as an institution is doubling all research funding in the next 5-10 years.

Right now it's too soon to tell if the Nobel Prize has had any effect on enrollment. Basi said information on that will be available in the spring when the university has solid data on the 2019 freshman class.