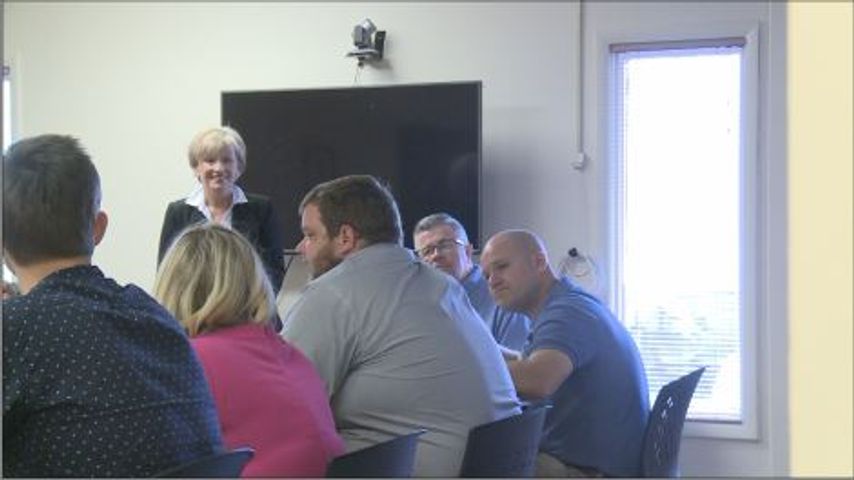 COLUMBIA - Easterseals hosted an open house Tuesday where those closest to children and adults with developmental disabilities tried to educate state and local representatives on the human effects of cuts to funding.

In the 2018 state budget, Governor Eric Greitens cut more than $572 million in spending, $50 million of which was from the Division of Senior and Disability Services. Medicaid funds most of Easterseals’ work, and some are nervous that more cuts could lead to fewer services for Missourians with disabilities and their families.

Columbia resident Edward McCain’s son is on the autism spectrum and said Easterseals helps his son become independent and gain skills to be a productive member of society. Without these programs, he’s not sure what would happen to his son or other kids with autism.

“It’s scary to think about the potential consequences of these kinds of cuts,” McCain said.

In addition to services for children with autism, Easterseals trains their families, teachers and doctors on the best ways to care for them. It also helps adults with developmental disabilities find and keep jobs, learn how to budget and live independently and provides therapy services.

Easterseals CEO Wendy Sullivan said families depend on groups like Easterseals to provide those kinds of services.

“Every time the funding is cut or reduced, it makes it less likely that we’re to be able to respond to those needs,” Sullivan said.

Greitens’ 2018 budget allocates more than $25 million to special education funds and more than $33 million for services for Missourians with developmental disabilities.