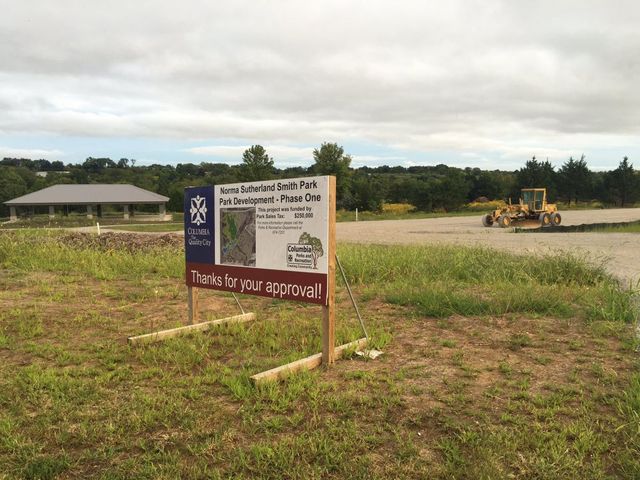 According to Columbia Parks and Recreation, the park was donated by the city a few years ago, and the funding was from the 2010 Park Sales Tax. The construction of the first phase started about a year and a half ago.

Matt Boehner, the senior park planner with Columbia Parks and Recreation, said the second phase would include moving some wetland ponds to create a fishing pond, relocating the playground and changing a basketball court from half-court to full-court; also, it will include a baseball field and lake trail.

"The fishing pond is a new addition to the plan, that I think it's gonna be well-received by the public," Boehner said.

Boehner said there are not so many neighborhood parks in Columbia right now.

"So it kind of fills that need for access to a lot. Park's connectivity between some residential areas in the neighborhoods and school, and just taking a great piece of property and bringing it into a park," Boehner said.

The second phase of construction is expected to be finished by 2017.