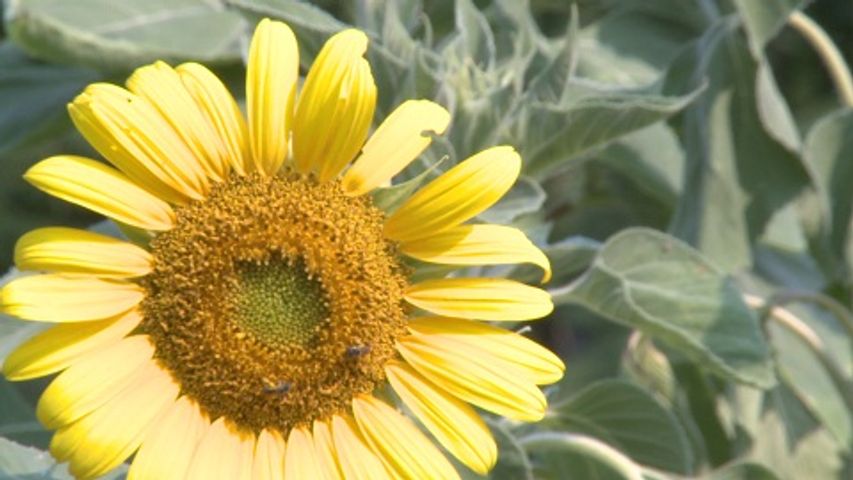 COLUMBIA - Residents of Columbia's North Central neighborhood kicked off a bike tour of the area's urban agriculture at Circus-Lyons Community Garden Saturday morning. The annual tour represents the unity of the neighborhood, according to Pat Fowler, president of the North Central Columbia Neighborhood Association. Fowler just begun her second and final year in the position. She said the slot rotates regularly to maintain fairness.

Fowler said she believes the closeness of the neighborhood is also apparent in the association's effort to be involved in decision making. The group recently sent a letter to city and county elected officials. It acknowledged the inevitable development of the area, but asked that residents be conferred when it comes to those decisions, according to Fowler. "When people have plans for us and they don't consult us it really is hard for us, first of all, to respond positively to their plans, because we haven't been informed of what they are... we haven't had an opportunity to participate in them," said Fowler.

One example of this type of decision is planning for the future of the Heibel-March Building. Located at Rangeline Street and Wilkes Boulevard, the building has remained empty for years, despite various efforts to revive it. It was first used as a drug store back in the 1930s, but is currently owned by the city. The Heibel-March building was named a notable historic property in 2005, but the Parks and Recreation Committee is now suggesting demolition.

Commission members said the safety of the building is a concern, in addition to the estimated $200,000 needed for renovation. While not all residents are in agreement about the building's future, Fowler said she believes neighbors should be allowed to contribute to the decision making process. The city has made no official plans for demolition and Fowler said she hopes it will accept renovation proposals from organizations like NCCNA. "What we want to do with that space is have a tool sharing library... it's almost like a big garage," said Fowler. That way neighbors can more easily share things like lawn mowers or gardening tools.

Business owners and employees nearby have also expressed curiosity about the vacant building. Shannelle Harris who works at a clothing store across the street said she believes the building should be renovated and used for children in the community. "I think they should do something for kids, like a community center or something. I mean with all the violence around here these days. Maybe it's because there isn't enough to do," said Harris.

No definitive plans have been made, but the Parks and Recreation Commission have slated an August deadline for demolition.