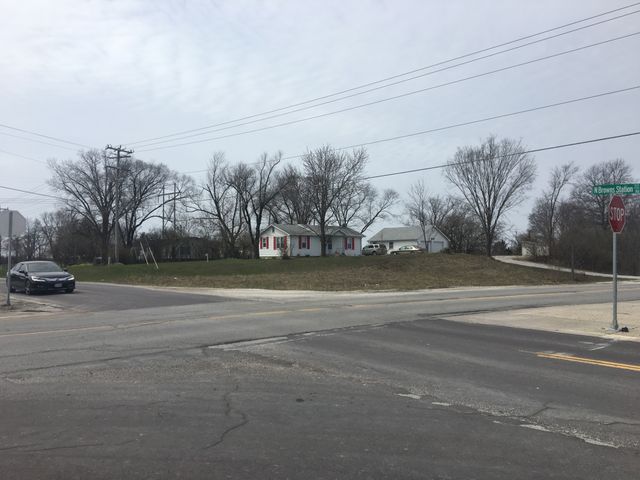 COLUMBIA - The intersection of Highway HH and Brown Station Road is home to more than 25 car crashes within the past 20 years. Tuesday afternoon, another crash was added to the list.

According to the Missouri State Highway Patrol report, a driver heading north failed to yield, causing another driver to crash directly into him. Neither driver had major injuries.

Tiffany Veach lives in the apartment complex directly off the highway and said this kind of thing happens all of the time. She said in the year she's lived there, she's had to call the police for a car crash three separate times.

"I won't let my son ride the bus," Veach said. "I'm scared to death the cars won't stop. They go and you can hear them. They don't stop, nothing. It's a really bad intersection."

Veach said she thinks most of the accidents are caused by people speeding on the highway. She said she can normally hear cars revving their engines outside of her house and zooming past.

A neighbor on the opposite side of the highway told KOMU 8 she thinks the crashes are caused by the railroad tracks. She said it's difficult to see over the hill, which could impair some drivers' vision.

But Dana Palmer, who's lived on the corner of the intersection for more than 26 years, says otherwise. He believes a majority of the crashes are caused by a lack of signage from the city.

"We've got to slow down and get off the phones, GPS, all of that and focus on the road," Palmer said. "That's why people aren't seeing that there are stop signs right there."

Palmer said he's witnessed at least ten crashes. He's had to replace three mailboxes because of people running into them, and even had someone's car lying upside-down in the ditch on his front lawn.

In 2016, Palmer also witnessed a crash that killed an 81-year-old driver. Authorities said the driver failed to stop at the stop sign.

Palmer said he and his neighbors have made several complaints to the county and state, but no one has done anything to fix the problem.

"We're paying all of these taxes for improvements to the sidewalks when we should be fixing things like this that are affecting lives," Palmer said.

According to the Boone County Public Works Department, Brown Station Road is supposed to be maintained by the county, and the upkeep of the highway is under MODOT.

KOMU 8 News reached out to both agencies, but neither were able to say whose responsibility it was to hear out the concerns of the community, or make any changes to the intersection.