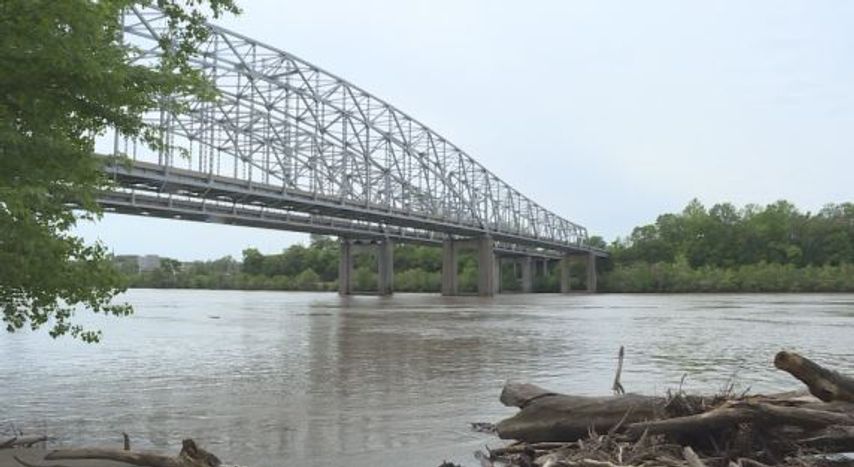 JEFFERSON CITY - North Jefferson City has been ordered to evacuate by 5 p.m. due to flooding.

An emergency meeting was called by Jefferson City officials to talk about what other measures will be taken in response to the Missouri River flooding.

The below map shows the affected area. 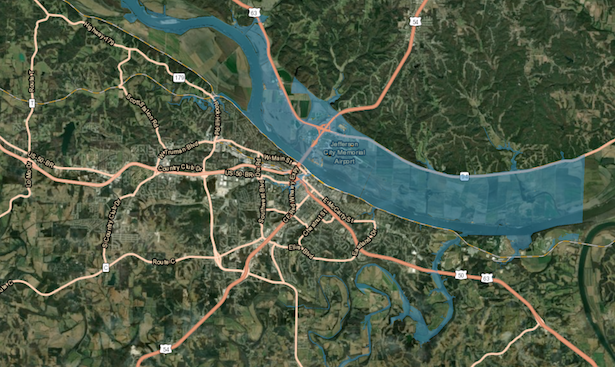 With the Memorial Day weekend approaching, the Missouri Department of Transportation sent out a news release urging travelers to plan their routes ahead of time and to pay attention to all road closure signs.

"As we continue evaluating the  circumstances of the projected flooding, officers are currently in North Jefferson City at the Noren Access closing the roadway. Officers will also be closing access to the Missouri River Pedestrian Bridge on both sides of the river," said spokesperson David Williams.

Williams said the city wants people travelling will stay off of flood roads and the motto "turn around, don't drown."

"People underestimate the force and power of water," he said.

"Floodwaters can be deeper than they appear and can hide such hazards as sharp objects, electrical wires, sewage and chemicals," its press release said.

Jefferson City released projections of how much the river will flood. 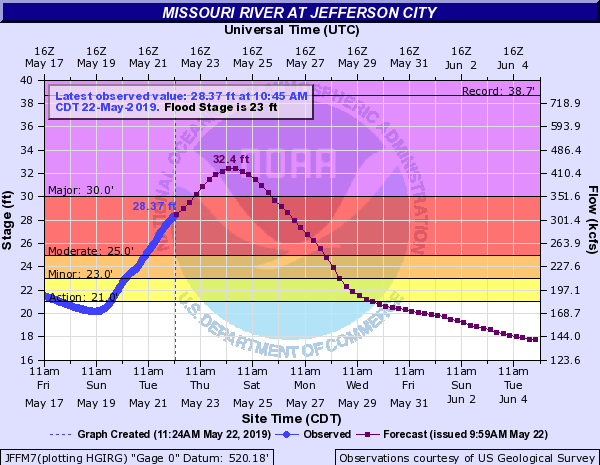 The public should monitor the city website for the latest updates on flooding in Jefferson City, Williams said.

"We're out filling in the low spots in the levee, trying to get everything up to the 30 foot level. We've had our storm/flood action plan in place since yesterday when we knew this was coming," Danny Pointer with the Jefferson City Public Works Department said.

While the department says the Capital levee is the main concern going into the weekend, they are working to make sure all of the barriers are as strong as possible.

"Everything on the main levee is basically at the 30 foot level. We have a few places where it's low, where what they call Turkey Creek crosses, we have been filling in the low places to try to make sure the levee can hold everything it can hold," Pointer said.

The levees are not the only concern when it comes to severe weather. The Salvation Army Center of Hope Shelter is also preparing to do what it can to take people in.

"We really feel that no one should be outside during dangerous conditions. I know I like going to my home with air conditioning and heat, and we want to make sure everyone has somewhere safe they can go during the summer and winter especially," Christopher White, Salvation Army Lieutenant, said.

White said the shelter took people in during Wednesday's severe storm as well, and will be prepared all weekend.

"Our shelter is open 24 hours a day, seven days a week. We have the ability to open up at a split second. If we see severe weather coming, we can simply say we are admitting people with our cot program. We are here, we have the staff, we have the facilities," White said.

George Carter, one resident in the evacuation area, said he hopes the flooding is not as bad as predicted.

"It's devastating, you know, your home and everything. It'll be alright, just depends on how much the water is. We'll fix it back up."