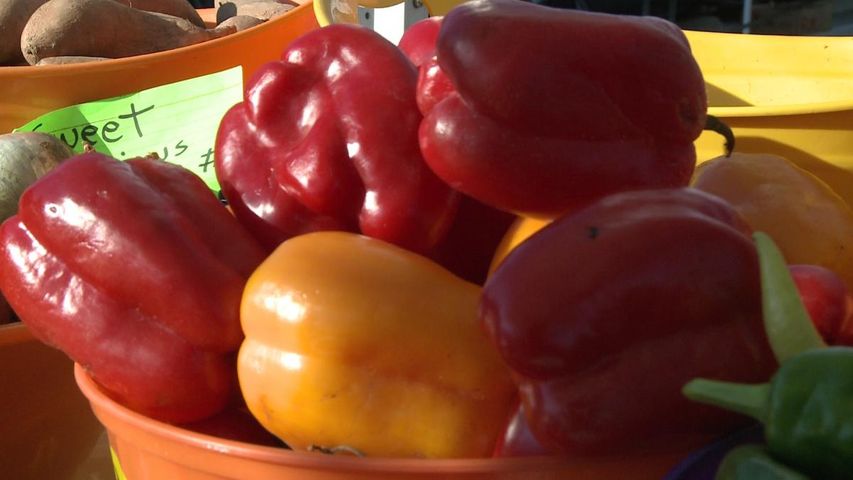 The final day of the market was complete with pumpkin painting, kettle corn, fresh produce and locally-made crafts. Live music and breakfast burritos were also available.

Arlen Uthlaut and his wife set up their fresh produce at Wabash Station throughout the May-October season and had a successful season. However, Uthlaut noted he was ready for a break before he begins planting for next season in the beginning of January.

"The season went really well this year. There were a lot more people this year. As far as ending the season, it's kind of nice in a way," Uthlaut said. "But we will miss it. We begin planting the first of the year."

But for other local farmers, the work doesn't stop just because the fall season is ending. Liz Graznak runs Happy Hollow Farms, a certified organic farm in Moniteau County.

"We've had a great year, a very good growing season. But my season's not over at all," Graznak said. "I have a CSA, which stands for community supported agriculture. We have members that join the farm and then they get a box of produce every week. We have a winter CSA season that starts next week."

The 2012 Farmers and Artisans Market averaged 470 people each Sunday and 17 to 35 vendor booths throughout the season.