"Nothing to be ashamed of" is event's message on domestic violence 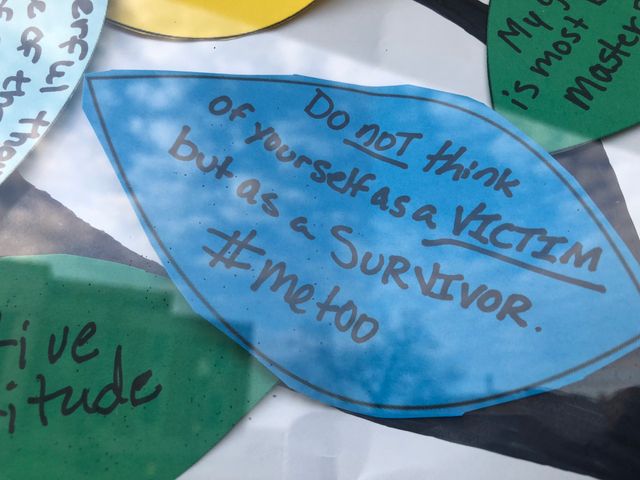 FULTON -  The Callaway County Coalition Against Rape and Domestic Violence encouraged sexual assault survivors to use their voice at its first Take Back the Night event.

It's is a national protest against sexual violence and violence against women, but organizers said it’s important to know the problem is happening close to home.

In 2016, 496 domestic violence incidents were reported in Callaway County, according to the Missouri State Highway Patrol.

Holly Bickmeyer, a survivor of domestic abuse who was the keynote speaker, said she hopes to empower those who attend.

"I want to make sure people know it's nothing to be ashamed of. You know, just because we might have been victims of domestic violence, assault or rape or any of those things, we didn't do anything wrong," she said.

According to the coalition, one in two women and one in five men have experienced sexual violence, other than rape, during their lifetime. The group also said women have a 50 to 95 percent chance of developing post-traumatic stress disorder after being raped.

The coalition encourages people to use its 24-hour help line if they believe themself or a loved one is in danger. The number is 573-642-4422.