NOW criticizes Nixon on his State of the State Address 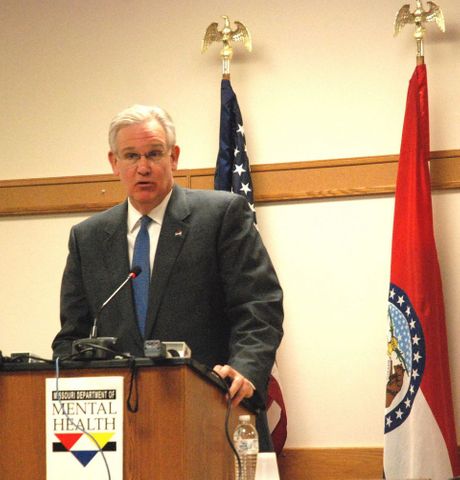 FULTON - The president of the Columbia National Organization for Women chapter criticized Gov. Jay Nixon for leaving out mention of the intern scandals of 2015 during his State of the State Address on Wednesday.

"I think it means the legislature is not going to touch this issue. They think they've already done it," Mosley said.

House Speaker Todd Richardson made enforcing policies against sexual harassment a priority at the opening of the 2016 legislative session.

Lawmakers were required to attend sexual harassment seminars in an effort to improve the environment at the Capitol.

However, Mosley said the effort was far too little and far too late.

Mosley said the sexual harassment issue in the Capitol is bigger than many people realize.

"Almost every woman lobbyist that I know of, and particularly the interns, has experienced some kind of sexual harassment," Mosley said.

According to her, Nixon has been inconsistent on women's issues during his time as governor, but overall his record is "not stellar."

Nixon did mention other ethics issues in his address.

He discussed the need for workable ethics reform to be passed, especially in terms of a lobbyist gift ban.

Nixon said in his speech that ethics reform was the last of his main issues when taking office he has yet to see real strides taken.