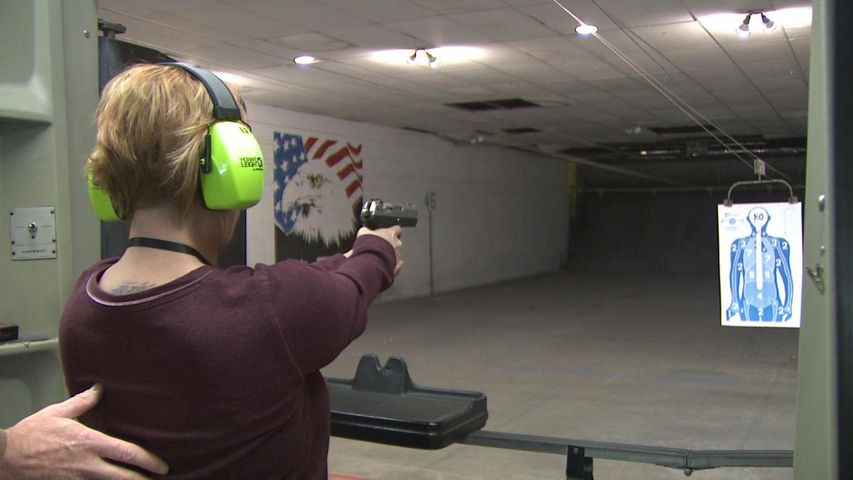 COLUMBIA - If you're a woman and you're licensed to shoot, the National Rifle Association wants you.

The market for female gun instructors is sky rocketing because more and more women what to learn to shoot, both for self protection and sport.

The NRA has 8,000 women instructors but they're looking to boost that number.

"Females communicate with one another on a much better level, a lot of male instructors have the tendency to want to talk down to women which is the wrong thing to do," Alley said.

Alley said women are often more likely to be a victim than men would be. He said it is important for ladies to seek out firearm instruction and know how to use a gun.

Kelly Miller is a first time shooter and was at Target Masters, another area gun shop, to learn how to protect herself with a gun.

"If I was by myself at home and there's an intruder I want to know how for protection purposes," Miller said.

Miller said the NRA's desire for more women to enter the industry is a good thing.

"I think women need to know how to use guns as well, for protection or for fun," Miller said.

Alley said the firearm industry as a whole is starting to market toward women.

"There are a lot of pink products available in the shooting sports now, which three or four years ago wasn't even the case," Alley said.

Alley said about 40 percent of his customers are females.

Ammo Alley doesn't have any female instructors at the moment but they are looking into the possibility.