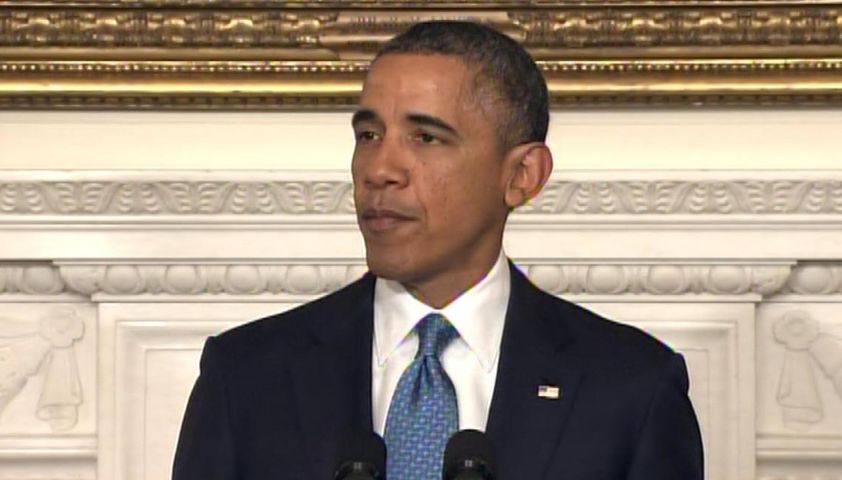 Obama says the deal includes "substantial limitations" on Iran and cuts off the Islamic republic's most likely path to a bomb.

Obama spoke Saturday night shortly after the U.S. and five partners reached an interim nuclear deal with Iran. The agreement was finalized during talks in Geneva that stretched well past midnight.

THIS IS A BREAKING NEWS UPDATE. Check back soon for further information. AP's earlier story is below.

President Barack Obama will make a statement Saturday night on the Iran nuclear agreement from the White House.

Obama will speak shortly after the U.S. and its negotiating partners reached an agreement with Iran. The deal was finalized during talks in Geneva that stretched well past midnight.

The interim deal is aimed at slowing progress on Iran's nuclear program while a broader agreement is negotiated.

As part of the interim agreement, the U.S. offered the Iranians limited relief from crippling economic sanctions.