Obama Says Joplin Shows World How to Come Together 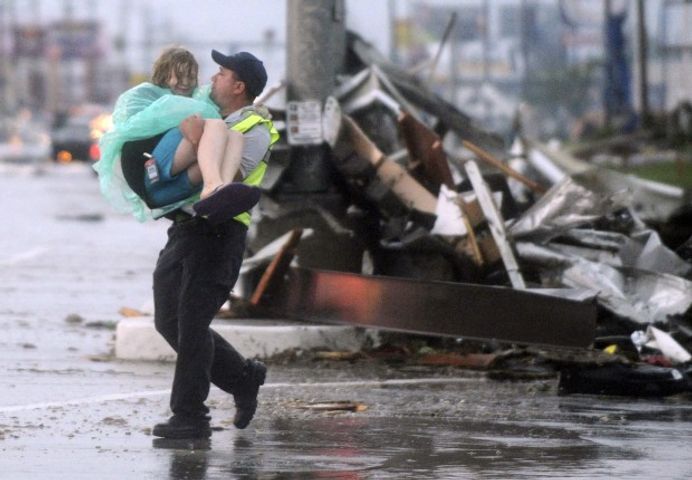 JOPLIN (AP) - President Barack Obama said survivors of Missouri's killer tornado in Joplin are showing the world how to come together, and he is pledging that the nation, as he put it, "will be with you every step of the way."

Obama spoke at a memorial service for victims on Sunday. He said it's impossible to know when or why such devastation strikes. But he praised neighbors for helping each other at great risk to
themselves. He said there are heroes "around us all the time."

Obama is visiting survivors and the bereaved from the deadliest tornado in decades, which tore through Joplin a week ago, leaving more than 120 dead and hundreds more injured. At least 40 remain unaccounted for, and the damage is massive.

Flags Serve As Color In Time of Darkness In Joplin