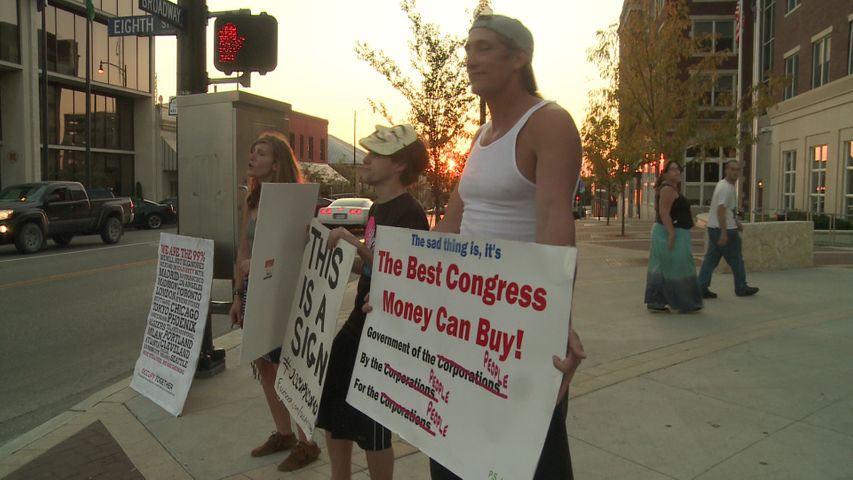 COLUMBIA - Between 20 and 30 people have occupied the area in front of Columbia City Hall since last Monday as part of a movement called "Occupy COMO." The group, which started with only two people, takes after the "Occupy Wall Street" group in New York.

Ariel Ceara, one of the first organizers of the movement, said that while each member of Occupy COMO has his or her own personal agenda, there is a larger goal in mind.

Downtown businesses have supported the local group. One woman said she hasn't had to buy food for a week. Columbia Police Department has had no problem with the city hall occupants, as long as Occupy COMO continues to refrain from blocking sidewalks and defacing property.

Several Occupy COMO members said they're in this movement for the long haul. They've arranged for a communal living house near city hall for when the weather gets colder. They said they won't stop the movement until their demands are met.