Officers Talk With Citizens Over Coffee 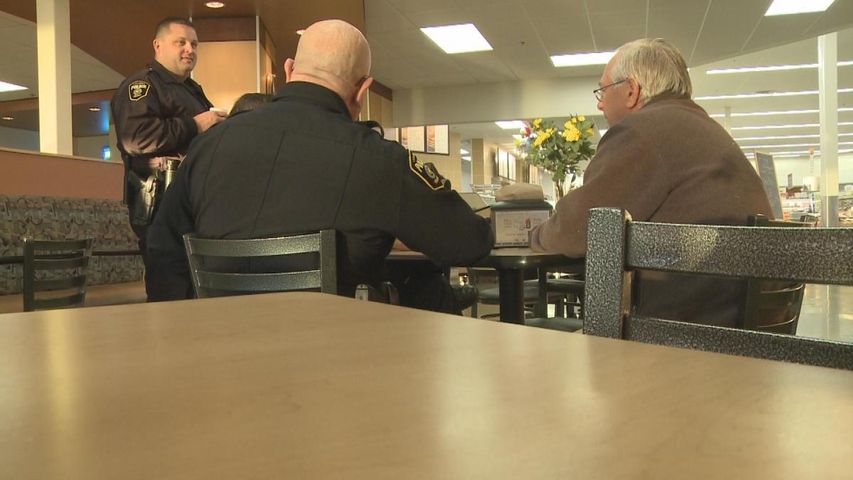 The police department took part in a national initiative by holding "Coffee With a Cop" at Hy-Vee off Conley Road. It took place from 7 to 9 a.m.

The purpose of the event is to answer any questions or talk about any issues people have related to the department.

Police said most of the time, they deal with people during emergencies situations. Since people can't easily hold one-on-one discussions during these type of situations, "Coffee with a Cop" allows anyone to approach police officers and talk with then in a comfortable, one-on-one manner.

"We only meet people when, you know, something's wrong or they're at their worst," Police Chief Ken Burton said. "This gives us an opportunity to meet them where there's no pressure and where you can just sit around and talk about generic issues related to the police or to city government."

The event began in March 2011 with the Hawthorne, Calif. police. Today it is held in 36 states and 175 cities and towns across the nation.

Friday's "Coffee with a Cop" was held in Columbia, Chapel Hill, N.C. and Gulf Shores, Ala.

The United States Department of Justice has supported this national initiative since it began, saying it gives officers the chance to establish connections with the people they protect.