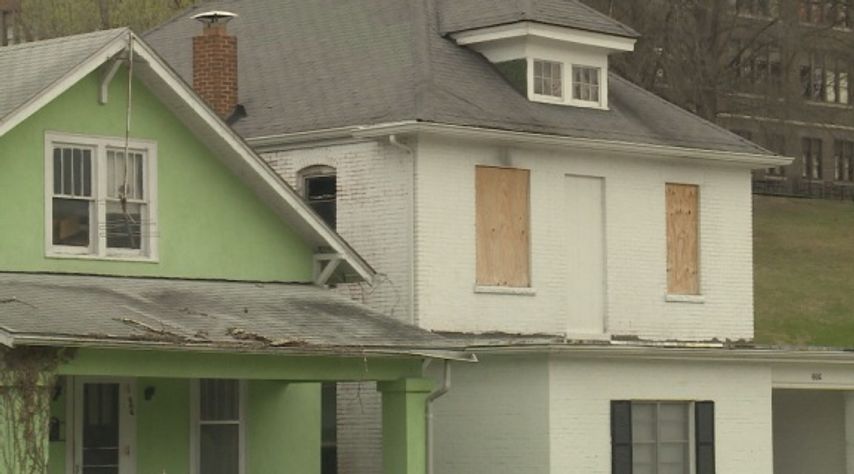 JEFFERSON CITY - Officials at a meeting Monday placed a three-month wait on city demolitions inside a Jefferson City flood plain.

The city has been buying properties near the intersection of McCarty and Lafayette Streets along Wears Creek for years. It's preparing to clear the land, hoping the open space will reduce flood damage.

@KOMUnews This is the flood plain in Jefferson City where officials want to level houses they bought in voluntary sales. pic.twitter.com/tpyrt2HdRa

"Those are areas that have been defined by FEMA as being likely to flood, you know, in a large rain event. Typically what we'd like to see, just in a way of reducing damage done by floods, is to sort of begin to clean out, or you know, to remove structures from the flood plain," City Engineer David Bange said.

Jefferson City Parks and Recreation owns four houses in the area. The city owns one. Officials had hoped to move forward with plans to demolish the houses, in order to clear the flood plain, but they were met with pushback from property owners.

"Some people have expressed interest in purchasing the properties, some people would like us to review whether it actually is in the flood plain," Senior Transportation Planner Sonny Sanders said.

City officials said they wanted to ensure residents and officials had time to consider the changes in the area before taking down any structures.

Bange also said there was some suprise among property owners that the changes were even being considered. Some residents KOMU 8 News spoke to Tuesday weren't aware they lived in a flood plain.

"I actually knew nothing about it," said Charity Wireman, who has been living in the flood plain for close to three years. "What happens to my home in the future? We plan on moving but for right in the moment for me and my family this is our home."

During the three month wait, the city plans to bring in a FEMA representative to talk over concerns with residents.

In the long term, the city hopes to follow a 2005 plan to eventually clear the area.