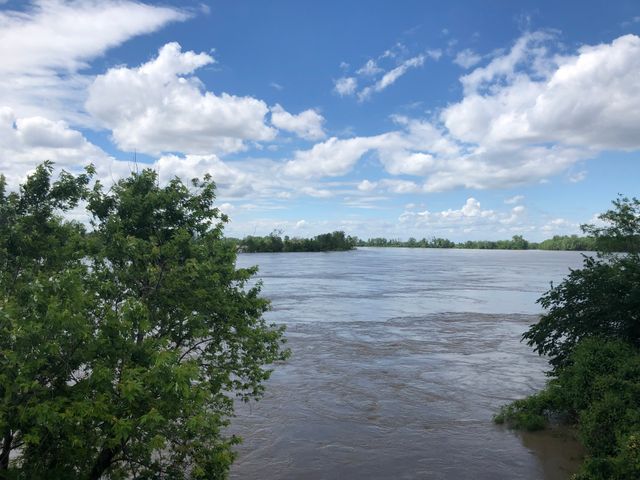 FAYETTE - Flooding in Howard County has officials concerned about the levee in Petersburg. So far, the levee has held. However, Bill John, Co-Director of Howard County Emergency Management, said the southern part of the county would see more flooding if the levee fails.

"We don't think we'll be safe until the middle of next week, in the Tuesday/Wednesday timeframe next week. That's provided we don't get more rain," John said.

A break in the levee at Petersburg could send water flowing for several miles.

"That will release water to where it would flood the whole southern portion of Howard County from the Petersburg area all the way to the Rocheport area," John said.

Low-lying areas of Howard County have already been evacuated. John said it's important for residents and business owners to pay attention in case the water gets too high and starts flowing south.

"It would take several hours for all of that water to filtrate into those places, which would give those people time to be able to get out," John said.

The Howard County Emergency Management Office said it has set up places people will be able to go if they are evacuated, whether it's short term or long term.

"There's a couple shelters, the school in New Franklin is set up to where they can do things, and the community center down in New Franklin. And we've talked to the local ministerial alliance, where if we need to we can put people up overnight," John said.

The Emergency Management Office said homes and businesses in southern Howard County, especially Franklin and low-lying areas of New Franklin, are in the most danger.

As of early Friday morning, the water level had risen back to levels seen on Thursday, before the Glasgow levee had breached. That breach had temporarily relieved the levee.

Now, the water is at road level and expected to rise if there is more rain.

A 911 dispatcher said as of 11:30 Thursday night, people were still "sand-bagging like crazy" along the levee to prevent seepage.

The county has been updating residents on a local Facebook page.