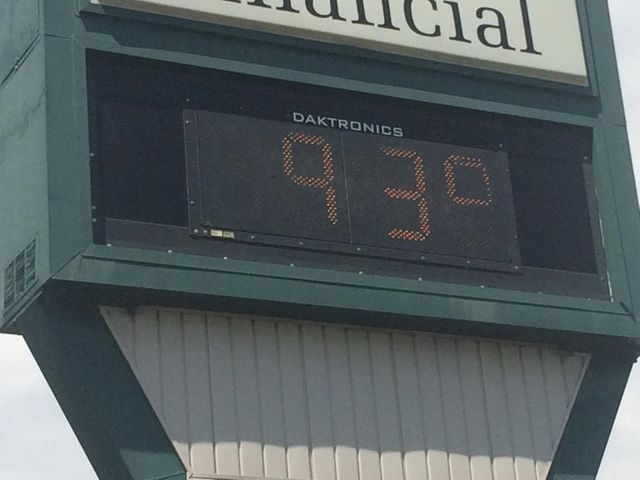 PETTIS COUNTY- The demand for cooling centers in rural areas is slim.

David Clippert, the Director of Sedalia and Pettis County Emergency Management, said the difference comes down to rural values.

"Most people here are related to somebody here so there's family that's around," Clippert said. "They've been through this a number of times so they know places to go to get cool."

"They know what's open and where to go to. Most of them have transportation," Clippert said.

"It hasn't been something that people are calling and asking about," Clippert said.

Emmit Williams, the Director of Emergency Management for Saline County, said his county isn't responsible for any cooling centers.

The First United Methodist Church in Marshall and the Salt Fork YMCA in Marshall serve as cooling centers, but those are volunteer groups.

"Most people have prepared for it in rural areas," Williams said. "Rural areas are more adaptable."

Williams said he believes heat is a bigger problem in urban areas.

"But during this phase, we just haven't had a lot of takers," Clippert said.

Residents in Sedalia can visit the two libraries in town to get cool. Clippert also said the Salvation Army in town serves a lunch Monday through Friday which provides another free air conditioned location for residents.

Clippert said his biggest concern is for the elderly living in Pettis County who might not have air conditioning or feel they can't afford the cost of it.

"It's very hard to track and find those folks," he said. "So we do ask throughout the community that they check on their members and churches check on their congregation for people they know or are struggling through this."

Boone County has ten cooling centers as listed by the Missouri Department of Health and Senior Services to serve a much higher population of residents.

Josh Creamer, the Deputy Director of Emergency Management for Boone County, said the county doesn't operate the cooling centers directly, but the designated cooling areas are often in government buildings.