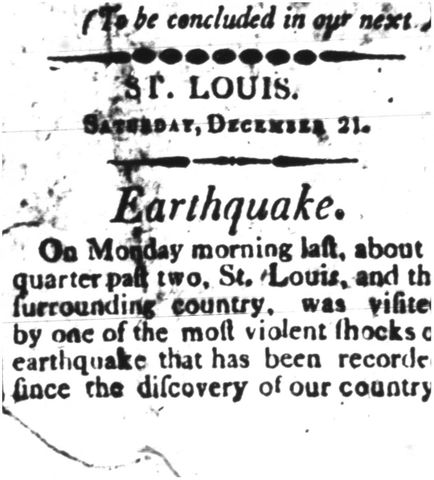 COLUMBIA - Emergency officials in mid-Missouri urged people Tuesday to use the 200th anniversary of the series of New Madrid earthquakes to prepare for natural disasters. The magnitudes ranged from 7.2 - 8.0 and the quakes struck in December 1811 through 1812.

Officials said a similar earthquake would cause widespread damage. One report commissioned by FEMA and conducted by the University of Illinois and Virginia Tech estimated the costs of a 7.7 magnitude earthquake at $300 billion and predicted more than 80,000 deaths.

Officials said to have an emergency kit on hand containing water, batteries and canned food.