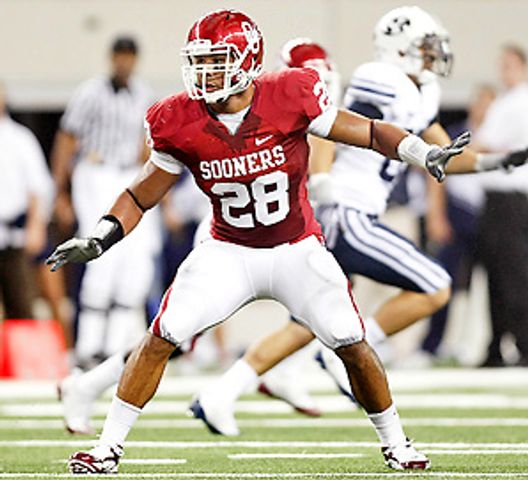 NORMAN, Okla. - The Oklahoma Sooners start the year as the favorite to win the Big 12 Title, but those hopes suffered a big blow Tuesday.

Starting Senior linebacker Travis Lewis broke a bone in his foot, and will likely miss eight weeks, meaning he will not play against Florida State or Missouri in September. Lewis led OU in tackles last year, and is the Big 12 Preseason Defensive Player of the Year.

Highly touted sophomore Corey Nelson will take over Lewis' outside linebacker spot on the weak side.