Oldest public housing units in Columbia have been restored 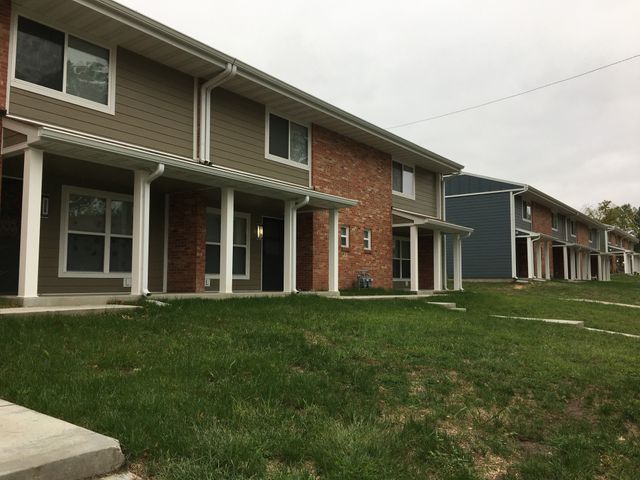 The apartments are the first completed phase of the CHA's project to renovate all 716 units of public housing in Columbia.

The Stuart Apartments were constructed in 1958, making those 84 buildings the oldest public housing stock in Columbia.

Phil Steinhaus, CEO of the housing authority, said, while the complex was being restored, the tenants weren't forced out.

"When we started the project, we stopped filling vacancies when people moved out, so we had enough vacancies to move people out of buildings into vacant units so that we could renovate their units and move them back," he said.

The old public housing units were mostly gutted and all new plumbing and electrical was installed along with new floors, cabinets and appliances.

There are two and three-bedroom units available, as well as one-bedroom handicap accessible units.

Columbia's Paquin Tower Apartments were also renovated during the past year.

The housing authority is currently in the process of fully renovating the Oak Towers and Bear Creek Apartments. Columbia's Bryant Walkway Apartments will begin renovation next year.