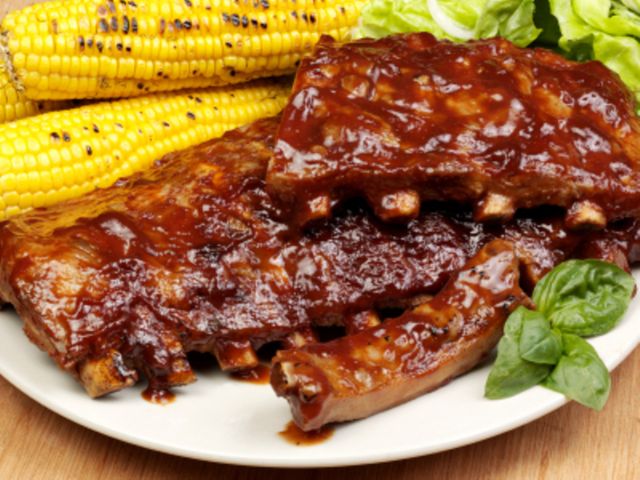 GLASGOW - 31 teams competed in the 8th annual Glasgow "Smokin' on the River" barbecue competition on July 20, 2012 and July 21, 2012.  The contest is a Kansas City Barbeque Society sanctioned event.

The contest consists of four cooking categories: ribs, pork, chicken, and brisket. In order to be the Grand Champion you must have the best total score after the judges review the meats. But the sport is about more than just winning.

"My wife gets to do it with me and my daughter when she can so it's a great time for us to spend family time," Dan Lykins, of the Whiskey, Wibs & Women team said.

And the Lykins are just one of the many families that do this together. But the relationships formed in barbecuing go beyond just blood family.

Of course every team wants to win, but to these barbecuers the friendships that are formed mean more than the prize money.

"If somebody needs help with equipment or something they have forgotten the barbecue family pulls together and helps each other out," Lykins said.

The Slabs have won many barbecue competitions over the years and have appeared on the Food Network. The Slabs were also victorious in this weekend's "Smokin' on the River" contest. But even to these grand champions barbecuing is about far more than winning.

"If you can do something for sixteen years and commit to it, other than a marriage and be out there with extreme heat, tornadoes, microbursts, rain, and you're still going out there after sixteen years because of the people," Wilson said.

B-B-Q, three letters that are more than just letters to the barbecue family.