One Billion Rising Against Violence On Valentine's Day 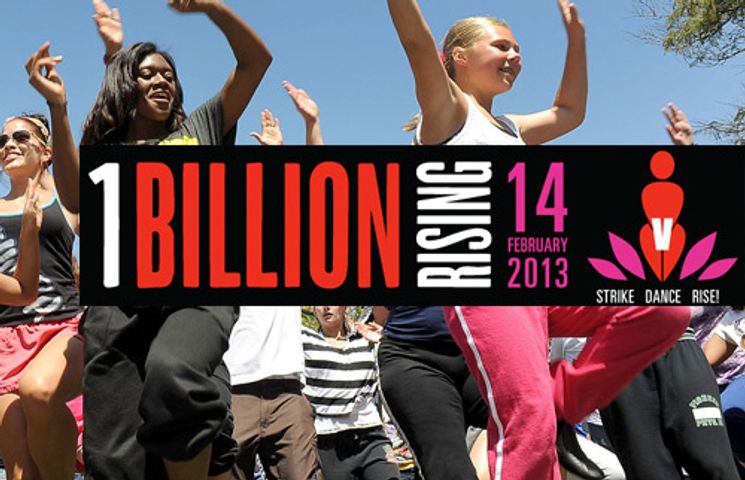 COLUMBIA - People around the globe celebrated their Valentine's Day raising awareness for victims of violence, and one Columbia woman brought the event home.

Throughout the day videos of One Billion Rising events from every corner of the globe were posted online.Women from countries including the Philippines, India, Turkey, Afghanistan, Sarajevo and Bangladesh danced, sang spoke out throughout the day.

"In two hundred and two countries today on Valentine's Day, everybody is going to be dancing around the world. A billion people are going to dance and really what it is about is that we are trying to say, it's a collective global action and that many people are going to dance and rise then the issue can no longer be ignored," Monique Wilson, Philippine Coordinator for One Billion Rising Campaign said.

According to the Centers for Disease Control, more than one in three women have been victims of physical abuse, sexual assault or rape, totaling about one billion women worldwide.

One Billion Rising aims to get one billion women dancing to raise awareness for the one billion who have suffered from abuse.

"Just participating in an event like this is an opportunity for women to express themselves and to empower themselves and to let go of some of the oppression perhaps and to feel good about themselves and realize that they matter in life and they don't have to take abuse from people," Elaine Hartley said.

Elaine Hartley spent her Valentine's Day devoted to the event, and her husband was right by her side.

"It's very important for everyone to recognize how serious the problem is world wide with the violence against women. In some countries women aren't allowed tom go out in public without having themselves covered head to foot. There are other places where women can't own property, other places where women are treated like chattel, and in the United States there's a great deal of violence against women and that needs to be dealt with.We're not going to solve our problems as a people until we come to terms with our violence," Roy Hartley said.

The Columbia chapter of the National Organization for Women (NOW), Mid-Missouri Women's International League for Peace and Freedom (WILPF) and Occupy Como sponsored the event.

Victoria Day of Embodiment LLC is choreographed dances for the event, there was also live music and poetry readings.