One Border collie shows she's not like the rest 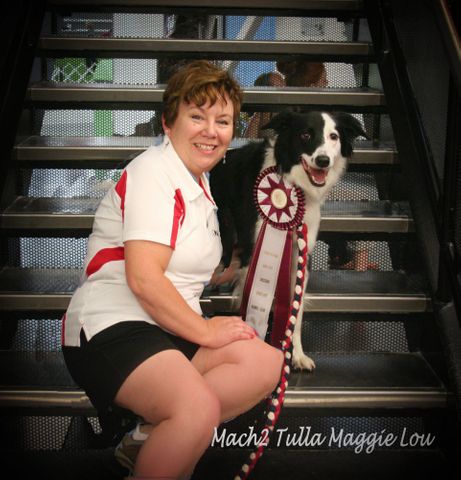 ST. LOUIS – One Border collie overcame obstacles both on and off the stage.

Owner Lori LeBlanc and her 12-year-old dog Maggie have been competing in dog agility competitions since she was five years old.

“We didn’t really expect much out of Maggie because she was painfully shy and afraid of her shadow, but when we started agility it was like it was in her DNA,” LeBlanc said. “She just loved it.”

It didn’t take Maggie long before she was bringing home blue ribbons.

“I remember when we first started we said, ‘Can you imagine ever getting one championship?’” LeBlanc said. “They call that a mach…m-a-c-h, one championship. And I was like, ‘Aw, I can’t imagine that ever happening.’ Well Maggie now has 10 championships, and she has two other championships at a lower level.”

LeBlanc and Maggie have traveled all over the country competing at national level trials. She placed on the list of the top ten quickest border collies in the nation in her height group.

“It’s kind of amazing to me because I feel like I’m her handicap,” LeBlanc said. “She’s so fast and so good and, I know she has to be like come on come on hustle it up here.”

LeBlanc said they are by far the oldest duo competing at every trial they go to.

Everything seemed to be going Maggie’s way until one day at the doctor’s office.

“Last fall we went for just our regular check-up, and the vet had some minor concerns,” LeBlanc said. “He wasn’t overly concerned, but recommended that we look into it, and realized that she actually had adenocarcinoma.”

LeBlanc chose to take care of the issue quickly.

“Sometime in October we had the cancerous tumor removed,” she said. “And she started on chemotherapy almost immediately.”

But Maggie wasn’t ready to give up what she loved yet.

Even Maggie’s doctor was on board.

“I can’t say enough for our oncologist because he helps us lay out a chemotherapy regiment that allows us to attend the trials that she likes the best,” LeBlanc said. “He rearranged our chemotherapy schedule so that she wasn’t quarantined during those shows that we really wanted to go to.”

But everyone knows that things aren’t back to normal.

“We know that the tumor had dirty margins, so we know that the cancer is still lurking inside of her somewhere, and it will be back,” LeBlanc said. “But we’re just going to let her play agility as long as she wants to because this is what she loves. I mean she’ll walk away from food to play agility.”

LeBlanc said that the cancer hasn’t been causing Maggie any pain and that they have stopped training how they used to during this time. She said they will be watching her and deciding what to do from here during the next six weeks.