One Columbia business is flying high with drone photography 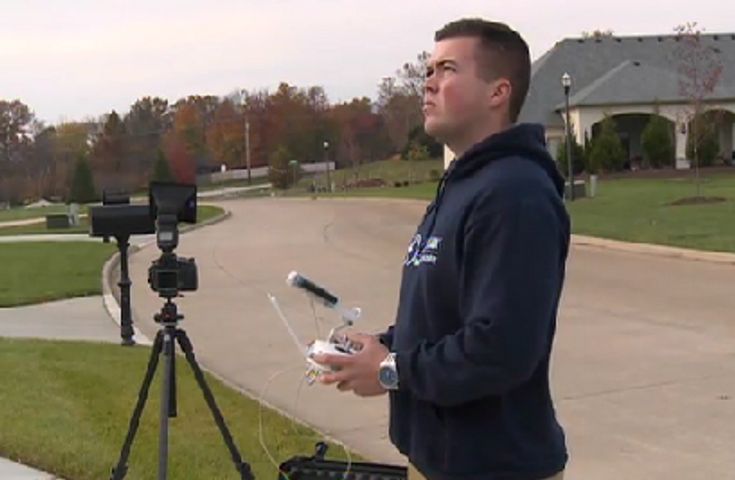 COLUMBIA - Last spring, Jacob Thompson’s aunt came to him with an idea.

She is a real estate agent, and told him to start his own photography business using drones. Thompson, a 22 year-old political science major at the University of Missouri, plans to join the Air Force after graduation.

“The growth has been really exponential,” Thompson said. “Here in Columbia there was really no competition at all, probably up until seven or eight months into establishing the company.”

Thompson started Jet Streak a month after the FAA came out with regulations for using drones commercially.

“You had to get an exception and go through a lot of hoops with the FAA before Part 107 came out in August of 2016,” Thompson said. “Once the drone regulations came out, I kind of said 'this is my time' so that is when we started.”

Thompson and other companies in real estate and agriculture are adding drones because of how it can affect their bottom lines. Farmers can scout their crops cheaply and real estate agents can show a unique view of their properties.

“It is like the next level as far as what you can offer a seller to be able to take a picture of the aerial,” real estate agent Wendy Swetz said. “I think it is a necessity at this point.”

Swetz said having drone footage is another element she can use not only to bolster high-end real estate but any property.

“I feel like it really encompasses the actual property itself as far as all of the lot formation,” she said. “If it is on acreage you can really see the front of the house, the back of the house. It has just given a really specific, beautiful way to see all of the home in one direct shot.”

Not only has drones given real estate agents a new way to see a property, but they have made the process faster.

“In years past, to get a property photo you would have to get up in an aircraft and physically take that photo from the aircraft," Thompson said. "Where as now you can take a three pound drone with a [rotating camera] and take that photo in as quick as ten minutes."

For Thompson, being quick with how he shoots properties is big for driving his business. Since January 2017, Thompson said they have shot over 300 listings.

"I think the Air Force has done a lot for me in my ability to become a leader and further myself as an individual," Thompson said. "Drones was just one stepping stone to getting me to a point where you know where I just want to fly. When I am done here at school I just tell my fiancé that is all I want to do is fly.”