One Dead after Crop Plane Crash in Randolph County 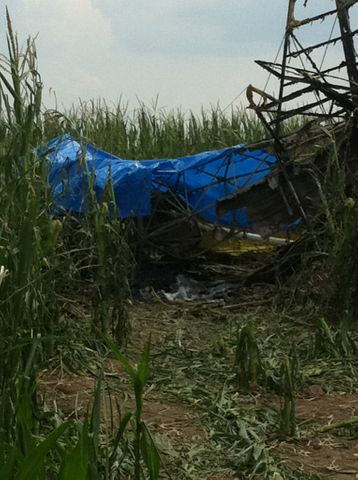 RANDOLPH COUNTY - Randolph County Sheriff Mark Nichols has confirmed one man has died in a plane crash in a corn field north of Huntsville. Nichols said the man was in a crop duster.  He said the crash occurred after the plane clipped the top of a tree and that the man died immediately.  Officials are not releasing the victim's name at this time.

Witnesses in the area said there was a fire and smoke after the crash. They said they saw a small, yellow crop duster crash into a corn field around 11:30 this morning.

KOMU has a crew on the way and will bring more details as soon as possible.