One Last Swim for Pool Goers 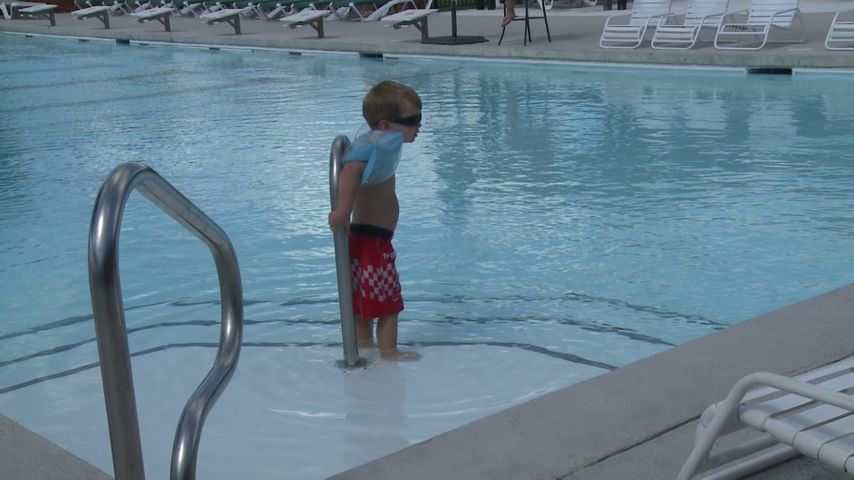 COLUMBIA- Pool goers braved the cool water and temperature Labor Day to get in one last swim at the Country Club of Missouri. When the pool opened at 10 a.m. the outside temperature was 72 degrees and the water was only four degrees warmer at 76.  Most pools across Columbia close for the summer after Labor Day.

Pool Manager Kristin Marema said she planned most of the Labor Day games out of the water because of the weather..  Marema said it is CCMO's policy to leave the pool closed if the temperature is 72 degrees or below but since it was the last day pool managers made an exception.

This July was one of the hottest summers on the records.   Columbia had 40 days between June and August that were 90 degrees or higher.

"The last few weeks, even though school has been in session, our numbers have been very high especially in the evening due to the high temperatures.  So I'm not sure today with the weather being so cold how many people will actually show up," Marema said.

Emily King was the first fearless swimmer to jump in.

"It feels really good once you get in.  When you first jump in it's cold, but it gets warmer." King said.

Most pools will open again on Memorial Day weekend.