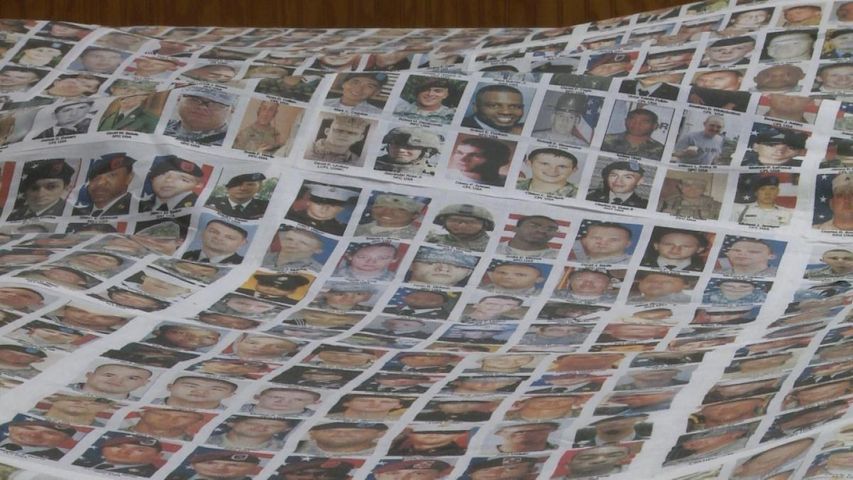 COLUMBIA - Joe 'Tiger' Patrick, a U.S. Army veteran who served in Desert Storm, is walking to honor those who have fallen since the September 11, 2001 attack.

"There's a guilt that most of us feel that there's another generation of soldiers. I wasn't able to reenlist so I felt the need to do something to show my respect for them and alleviate some of my inner sadness," said Patrick.

Patrick is an outgoing, energetic, man who just turned 50. His journey began on April 27 and is expected to last through October. Patrick's walk started in Coronado Island, California and will wrap up at Walter Reed Hospital in D.C., a journey of more than 2,600 miles. He carries a backpack with him; inside is not much more than extra socks and a 25 by 8 foot banner.

"It's not about me, it's about the soldiers."

The banner features the faces of 6,688 fallen soldiers. It was last updated in June, and since then more than 50 soldiers have lost their lives at war. On the banner are 26 soldiers from Missouri.

Along his journey Patrick stops to sleep at American Legions, fire departments and VFW posts. He meets local veterans and the families of the fallen whose faces are displayed on the banner.

"It's worked actually like I had hoped, meeting and hugging the soldiers. It's been overwhelming, especially meeting the moms and dads," said Patrick.

Soldiers fighting in Iraq and Afghanistan are expected to come home at the beginning of 2014. Patrick said when the last name of those who have died is added to the banner, it will be hung in the U.S. Department of Veterans Affairs headquarters in D.C.

A public showing of the banner will be available at Columbia Fire Station One, 201 Orr Street, from 11a.m. to 1p.m.